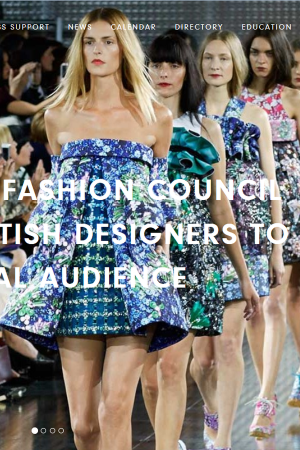 Screenshot from the website of the British Fashion Council
Stories

by Elena Reudenbach — December 04, 2014
On December 1, 2014, the British Fashion Council announced the winners of the British Fashion Awards 2014 at their annual event. The ceremony, celebrating the successes of the fashion industry took place at the London Coliseum with guests including Anna Wintour, Valentino Garavani, Naomi Campbell, Kate Moss, Harry Styles and Lana Del Rey. The late professor Louise Wilson, course director at Central Saint Martins in London, was honored at the ceremony in a tribute that presented models wearing looks by designers she taught, including Christopher Kane and Mary Katrantzou.
The winners in the individual categories are as follows: