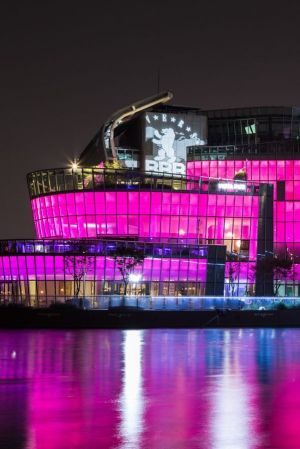 With last week’s launch event in Seoul, Bread & Butter once more confirmed its plan to host an edition in South Korea’s capital. Together with the mayor of Seoul, Won Soon Park, B&B boss Karl-Heinz Müller welcomed about 600 guests at the Floating Islands location on the banks of Seoul’s Han river in the center of the metropolis.

In front of members of the Asian fashion industry and retail scene as well as Korean celebs and journalists, Müller explained his vision of Bread & Butter Seoul for September 2015: "Bread & Butter is proud to have selected Seoul as the starting point to introduce relevant brands to the Asian market. We are well aware that Seoul has not such a wide multi-brand store base as Europe has, but it has an amazing buying power, very strong department stores, profound culture, a sense for fashion and most of all very kind and educated inhabitants.“

Not only does Müller see European or American brands presented to Asian visitors, but also sees the potential for Asian brands to exhibit and to attract buyers from other continents: “A mix with parties from Asia, Europe and America would be what we wish for.”

When asked why he chose Seoul for B&B’s Asian edition instead of, for example, Tokyo, Müller stated that Japan is already a quite mature market whereas Seoul is still considered a bit of an insider tip. Nevertheless, says Müller, “due to its uniqueness, Seoul is regarded by other Asian countries as a window to discover new opportunities arising from foreign countries and serves a role as a hub into the Asian market."

While the city is confirmed, the location is not yet. According to Müller, Seoul offers several options to host a trade show, among these are the mentioned event and entertainment location Floating Islands or the recently opened cultural space DDP (Dongdaemum Design Plaza) built by Zaha Hadid.

On top, the B&B managing director is also negotiating to hook up with a strong partner of Korea’s fashion industry, no name was unveiled yet though: “We are talking to a potential partner. Let’s see.”