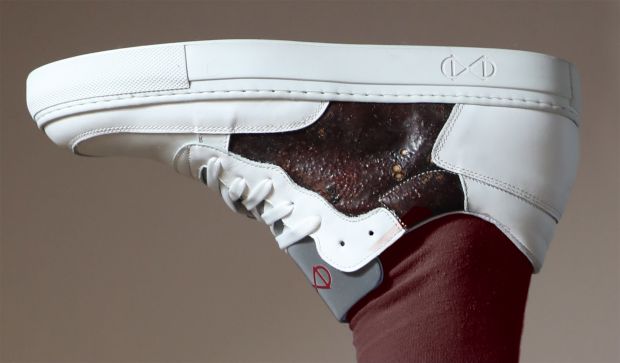 From bones to blood, designer tackles sustainability with slaughterhouse waste

The consumer’s response might be disgust, but that’s exactly what 30-year-old Livne — a Design Academy Eindhoven graduate — wants.

The sneakers are part of her ongoing Meat Factory project. What started as an assignment for her bachelor studies Livne now bills as “a series of material experiments with the aim to create dissonance between attractiveness and disgust.” 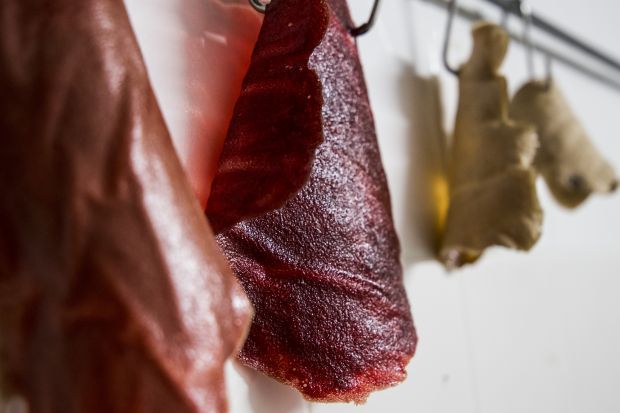 Photo: Shahar Livne
The Sustainable Blood Sneakers are made using leftover animal fat, bones and blood collected from slaughterhouses in the Netherlands.

According to Nat-2, the new line is meant to highlight human waste in the animal industry.

The so-called Sustainable Blood Sneakers are housed under Nat-2’s Experimental Line and made from leftover animal fat, bones and blood collected from slaughterhouses in the Netherlands.

Livne makes the bio-leather at her studio before it’s sent to Nat-2, where the sneakers are designed and later manufactured by a family-owned leather craftsman in Italy. Dubbed the world’s first sneakers made from real blood, the shoes also contain nappa leather, glass, cork insoles and rubber outsoles.

The blood is used as both a plasticizer and colorant, giving the center panel of the sneaker its deep red hue.

Livne salvages the animal blood and transforms it into ink using a silkscreen technique. She likens it to the historical process of using ox blood as a pigment to dye fabrics and leathers, which gave us the color “oxblood” today. 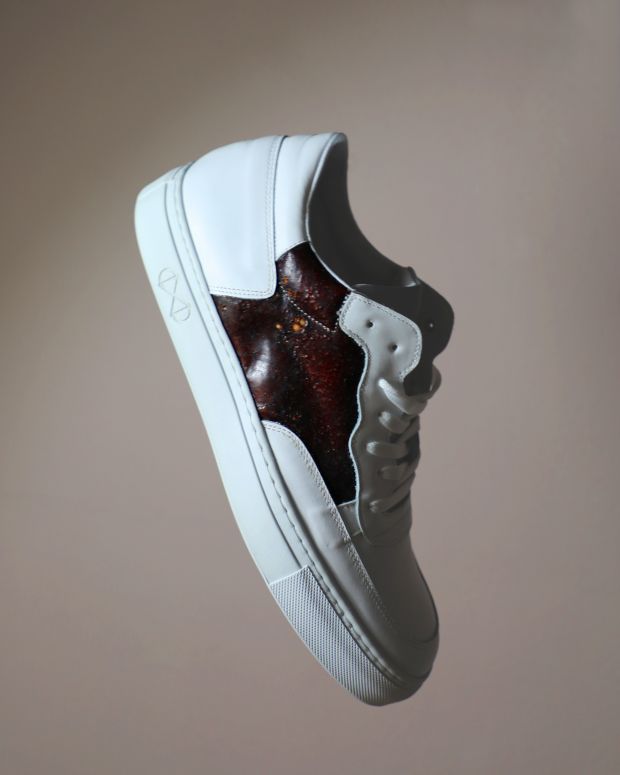 Photo: Shahar Livne
The blood is used as a colorant, giving the center panel of the sneaker its deep red hue.

The project is not without its conflicts for Livne, who has been a vegetarian for ethical reasons for more than 16 years. But as a conceptual material designer, she said her job is to use materials to provoke ideas and discussion.

With sustainable blood sneakers hinged on the “nose to tail” philosophy, Livne said she hopes to show how detached humans are from both production and nature in the post-industrial age. Animal blood is not only a large pollutant in the meat industry but also symbolizes the source of life, she said.

Some critics have argued designers should avoid animal by-products altogether and pursue vegan alternatives instead — but Livne said they’re missing the bigger picture.

“The idea of using the whole beast is a way to deal with an industry which is still very active by respecting, salvaging and using every bit of the animal, instead of throwing it away, or polluting the environment, which is also affecting a lot of other animals and ecological systems at the end.”

Both designers are known for their use of uncommon and quirky design materials on other projects. Nat-2 founder Sebastian Thies has utilized milk and fish leather in his footwear while Livne has played with man-made fossils and crystallization in her designs. 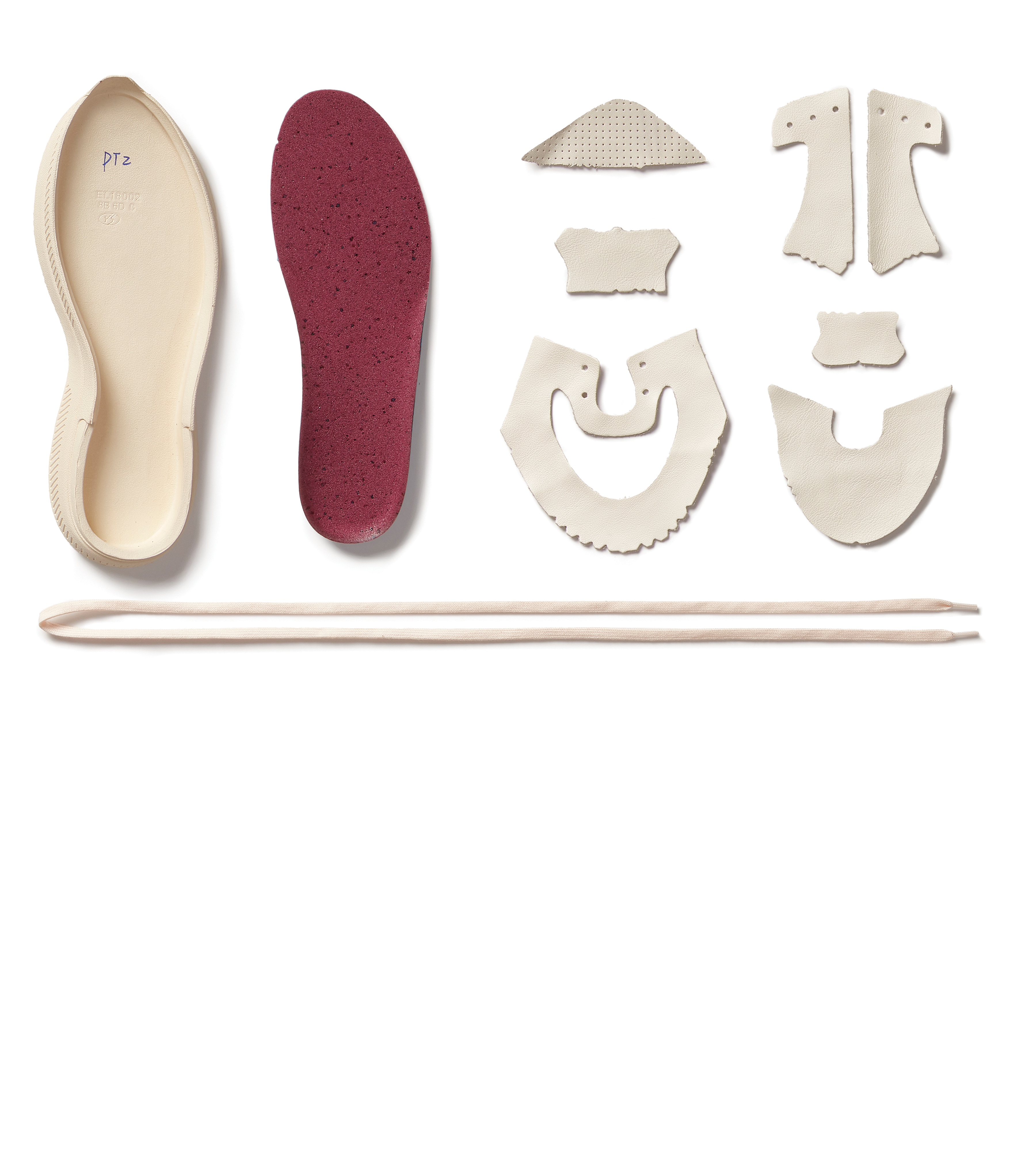 ‘The mission: Make the world’s most sustainable sneakers’ 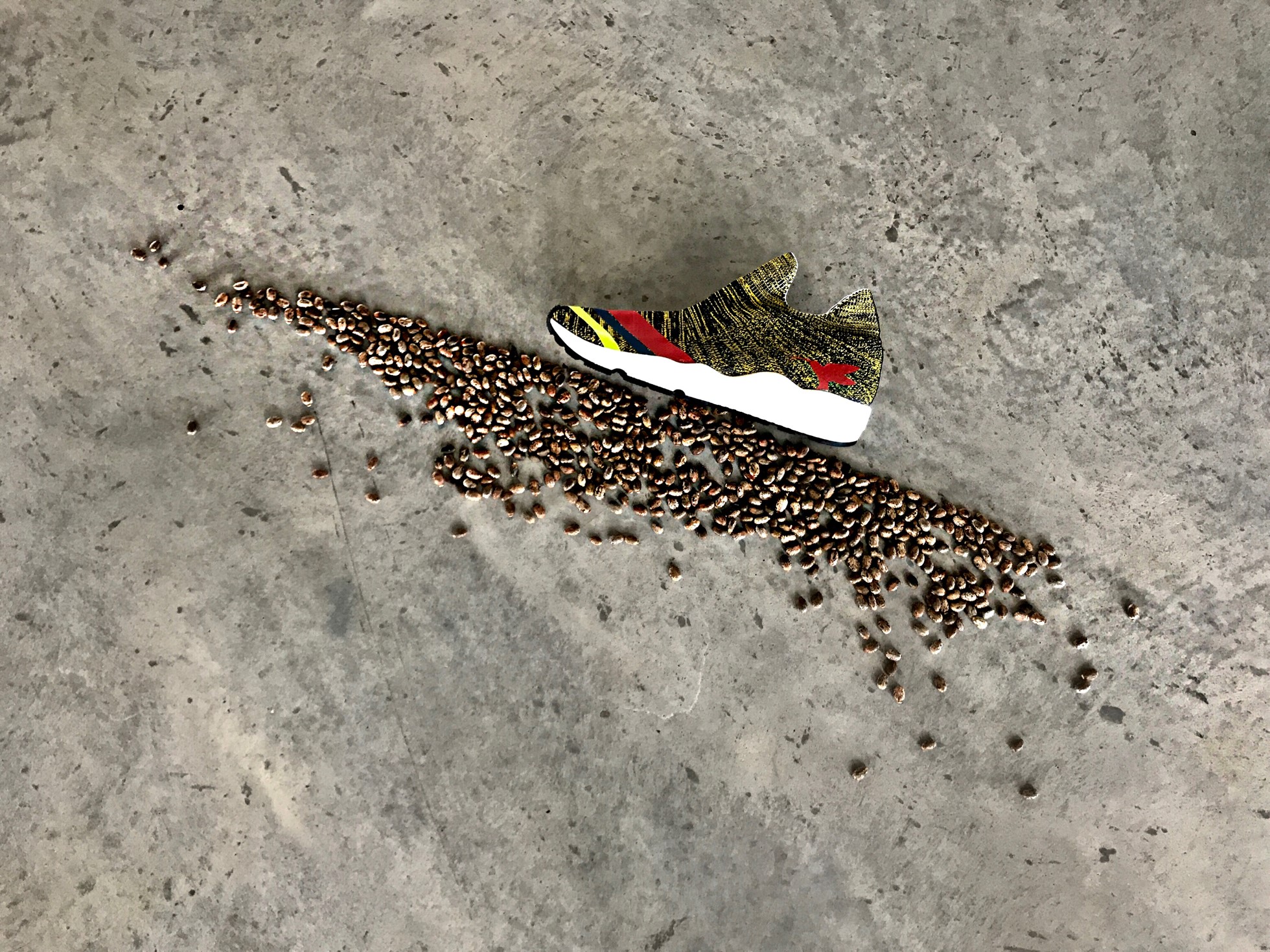 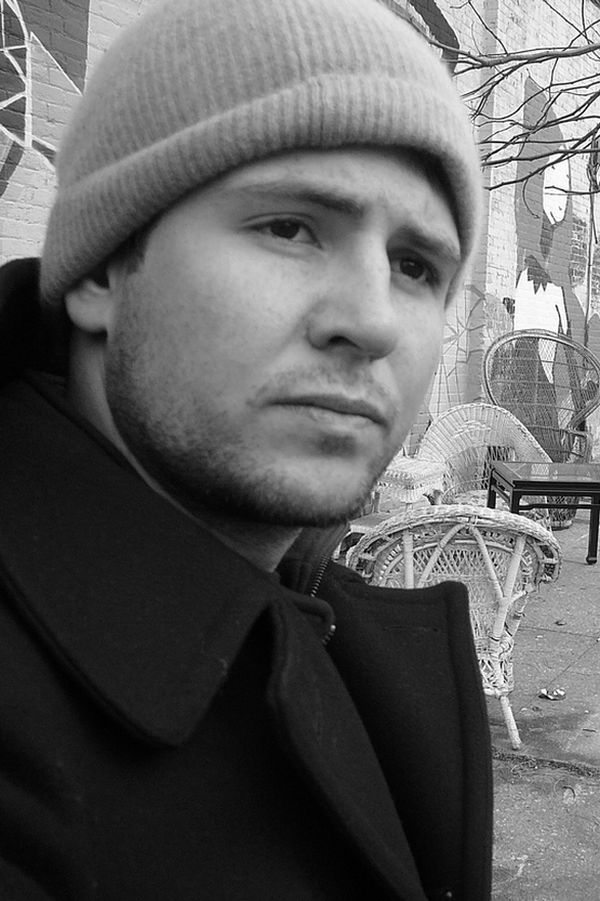 Nat-2 founder: “I became bored by the monotony and dullness”