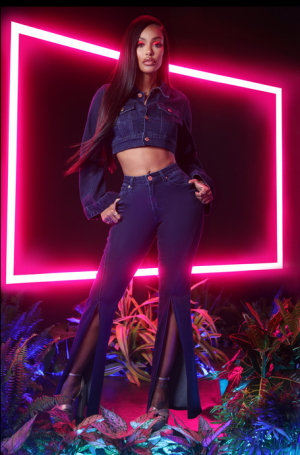 Fashion Nova is the most searched label on Instagram for its sexy, unapologetic designs

Here’s an unlikely fashion riddle. What is sexy like a Kardashian, cheap as chips and the undisputed queen of social media? Los Angeles’ own Fashion Nova. What started as a club kid brick and mortar label in the San Fernando Valley back in 2006 moved online in 2013 and, according to its founder, CEO, CMO and CFO, Richard Saghian, the brand has grown 600% since then. Fashion Nova has 15.4 million followers on Insta and is the most searched fashion label on the app ahead of even giants like Chanel and Gucci. In fact, Fashion Nova is the fourth most searched general topic on IG.

Notoriously media shy or media savvy, call it what you will, Saghian’s people did not respond to our repeated requests for an interview. Perhaps it’s because he is so busy monitoring the over 600 new items per week issued by his brand, 80% made in Los Angeles during the summer months with that majority switching to production in China during the winter months, according to the LA Times. Calling his brand “ultra fast fashion,” it has been said that Saghian’s company has a knock off design captured within 24 hours of seeing it and on his website within 48 hours. Fashion Nova does it all for retail prices always around $50, with two-day shipping and coupons generally available to avid devotees called “Nova Babes.” 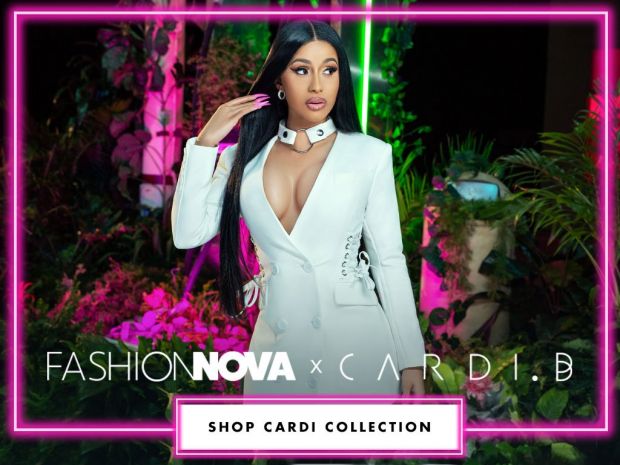 These Nova Babes are multi cultural, often plus sized and they love to accentuate their curves with sexy boudoir attire. It’s something from which the still snooty fashion community has continually turned away in favor of grace, poise and high price tags. Fashion Nova is anything but. It’s inexpensive, lacking elegance and oftentimes a bit uncouth. It’s not just run of the mill folks, though. Kylie Jenner has worn Fashion Nova in her social media posts, just one of which can generate $50,000 in sales for FN, says Women’s Wear Daily.

Amber Rose, Blac Chyna, Stef Neyv and Khloe Kardashian are other notable followers, which makes sense. And, of course, there’s the seminal fan, Cardi B. She stepped up the game for Fashion Nova significantly with her first collaboration that sold out in minutes. The Bronx-born rapper just launched her second collection with Fashion Nova last week. It consists of 107 scandalously sexy, 80s and 90s inspired corsets, lace overlays, faux leather and peek-a-boo pieces all in black, red, blue and hot fuchsia. At the time of writing, the collection has been released for just two days and is nearly sold out already. Page Six reports the collaboration made over one million dollars on the first day alone. Fashion Nova was the first label to really want to work with Cardi when other brands denied her access to pricey pieces. Her loyalty has remained and the partnership has been good for both the songwriter and the brand. 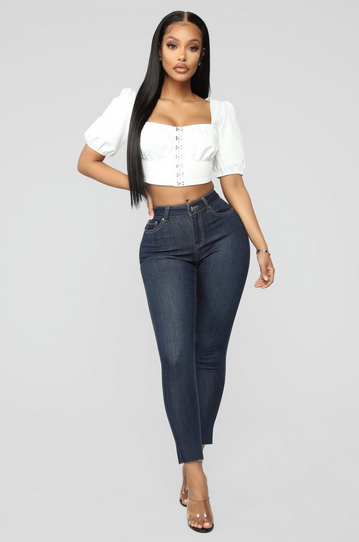 But it’s not all wine and roses. Take the ultimate Fashion Nova influencer Kim Kardashian-West. She has been very vocal with her disapproval. The bombshell’s vintage Thierry Mugler dress from last year’s Hollywood Beauty Awards was knocked off and available for presale the very next day on Fashion Nova, says Harper’s Bizarre. Likely this was to see if there’d be enough interest before any sort of production started. KKW thinks this sort of practice is unfair to the relationships she has so carefully cultivated and cherished with design houses. Meanwhile, ethical website Good on You questions iffy charitable contributions like Nova Cares which has a wishy washy claim to “advocate for charities that empower people.”

Like it or not, fast fashion appears to have made way for ultra fast fashion. And Fashion Nova might just change the way higher profile, traditional brands do business, one nipped waist, form fitting laced vinyl corset at a time.

Andrea Rosso: 'Diesel is part of the great tradition of jeans and beyond'