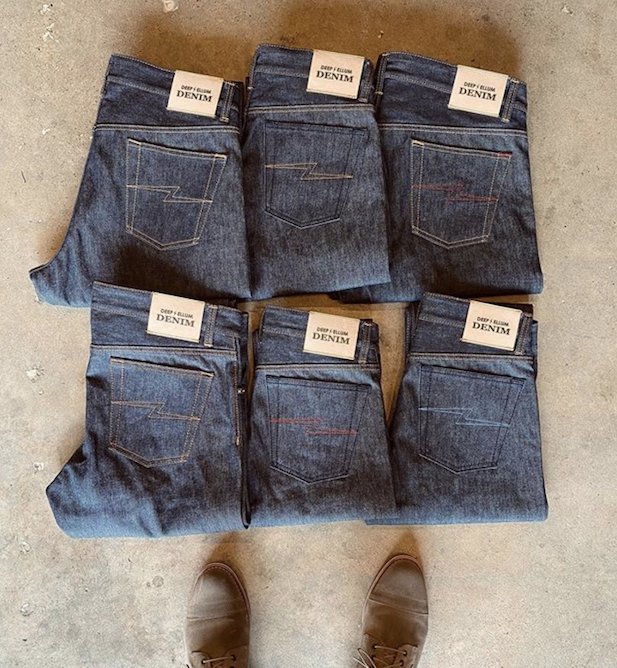 Deep Ellum Denim, a Store, a Brand and a Shared History

“Deep Ellum is a neighborhood that sits in the shadows of downtown Dallas and has had many ups and downs over the years,” explains Bennie Reed, the co-founder of Deep Ellum Denim. Turns out the brand and shop he and co-founder Jeff Kauffman derive their name from has some deep Texas history. “It was Dallas’ first commercial districts for African-Americans and European immigrants. In the late 1800s, the Continental Gin Company was formed and become the largest manufacturer of cotton-processing equipment in the United States…Later the district became famous for music. By the 1920s, early jazz and blues musicians flocked to the area. Deep Ellum would host the likes of Blind Lemon Jefferson, Robert Johnson, Huddie “Leadbelly” Ledbetter, Lightnin’ Hopkins and Bessie Smith…We love the neighborhood and felt there was no place better for the shop to call home.” 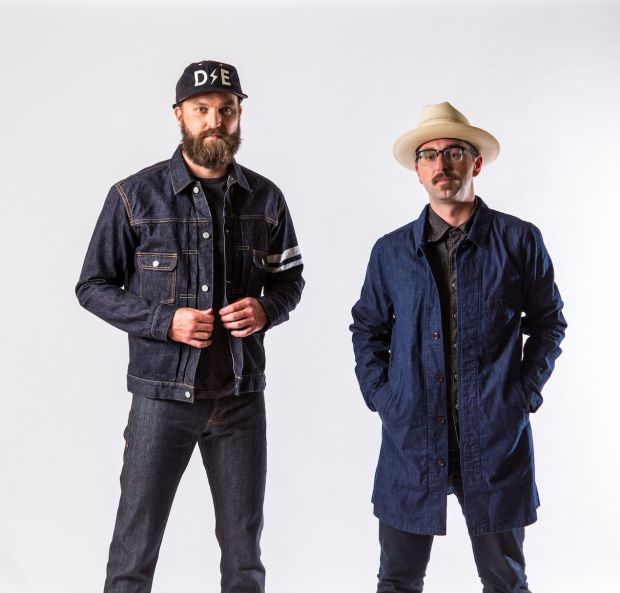 Photo: Deep Ellum Denim
Deep Ellum Denim founders Jeff Kauffman (l.) and Bennie Reed
There’s a lot of heritage and emotion behind Deep Ellum Denim. The concept was created by the neighborhood it’s named for, no doubt, but also the friendship of the founders. “Deep Ellum Denim all started from a conversation that Jeff and I had over beers,” Reed says. “It was July 2016 in the Texas summer and we started to discuss why it was so hard to find a great fitting pair of real selvedge denim. We actually started the concept as a Saturday only pop-up shop in 2017. For over a year we set up and tour down a shop every Saturday. The location was hard to find and off the beaten path, but within an hour of opening our first day we sold our first pair of jeans. From there we started researching even more into the category of raw selvedge denim and began to discover how we could craft a Texas made jean ourselves.” 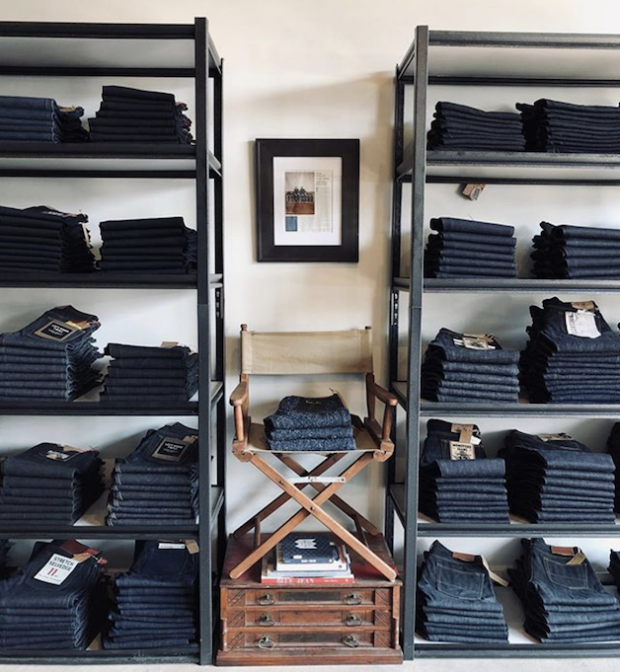 Photo: Deep Ellum Denim
Deep Ellum Denim store
And, just as Reed describes, what started as a simple denim-devoted pop up shop soon became a Dallas brick and mortar in 2018, carrying brands like Tellason, Naked & Famous and Momotaro. And, following suit in 2019, the birth of the shop’s in house denim brand. The connection that the founders have is shared with their loyal customer base who rely on both the Deep Ellum store and the namesake brand on their nonstop “hunt for better denim,” Reed describes. “Our denim comes with a story. From every detail to the fit, you’re getting something unique and made for you. We also know Texas and the region. It's hot here, really hot, so we know that our customer isn't always looking for a heavy denim for a large portion of the year. So we focus on lighter weights, 12 to 14 ounces, so you can survive the Texas summer.”

Reed and Kauffman believe in the future of American denim. “So much history and heritage for a textile that is so relevant today,” Reed says. “We believe there will be a resurgence of American made goods, and it's really already starting. Our partnership with Vidalia Mills is a testament to that. Not only U.S. made, but developed in an eco-friendly, sustainable way. That's what we love.” 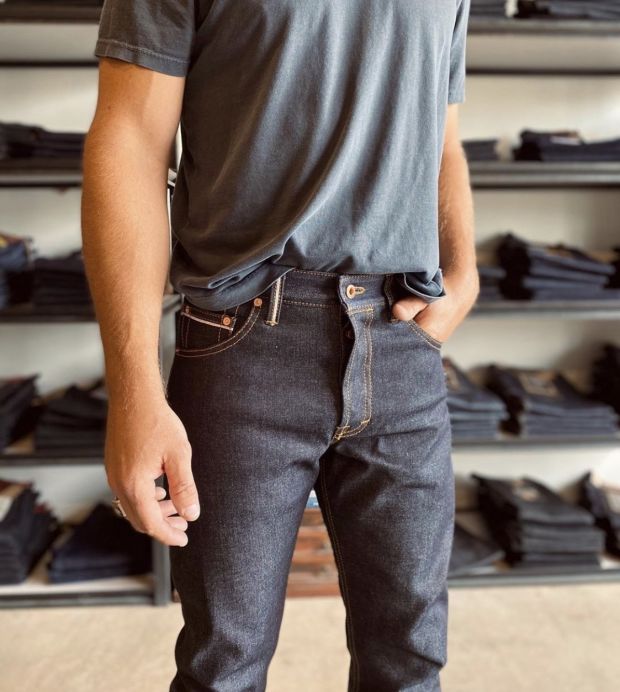 Photo: Deep Ellum Denim
Custom Jean by Deep Ellum Denim
Hit hard by the pandemic just like surrounding retailers and brands, Deep Ellum Denim is sticking to what they know, exploring new selvedge chore coats for fall and partnerships in the Dallas area. “American retail has a huge hill to climb,” Reed admits but not without his fair share of optimism about the future. “The majority of US consumers still value price as a big factor for the goods they purchase, which is understandable. That's why we compete with the likes of fast fashion and behemoths like Amazon. What they can't compete on is detail and quality, so we'll continue to fight that fight. At the same time, we value experience. Visiting our location isn’t like normal retail. It’s relaxed, conversational, and educational. You might even catch a small live show here featuring a local musician, or a local motorcycle builder show their recent projects. We always envisioned walking into our shop like visiting a friend’s loft in the city. Sit back, have a beer, and enjoy your time.” 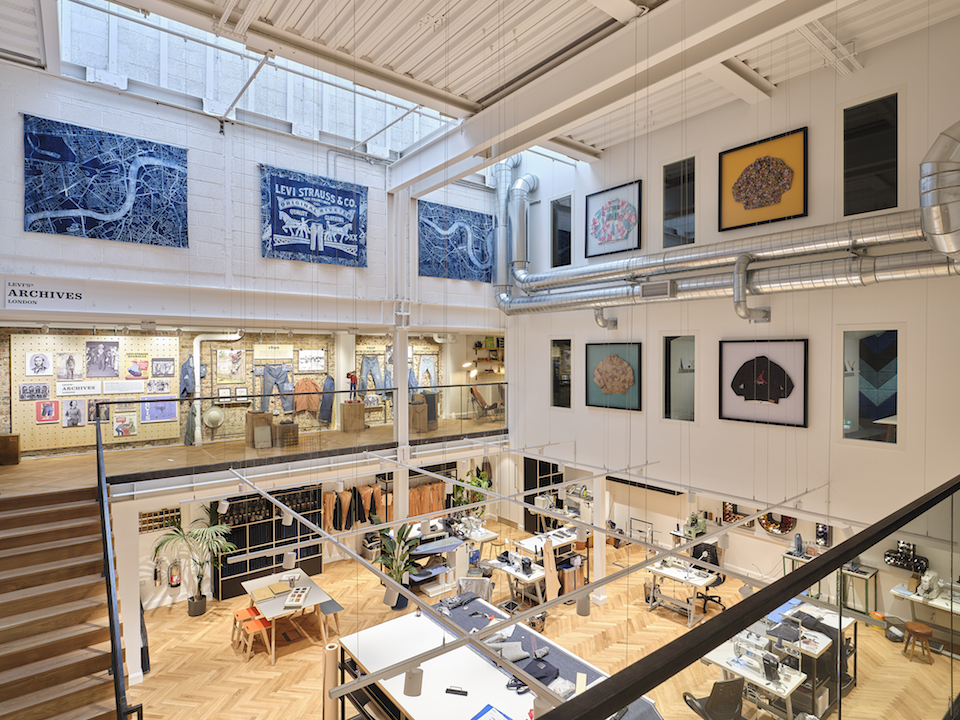 Why Levi's is betting on a new concept store 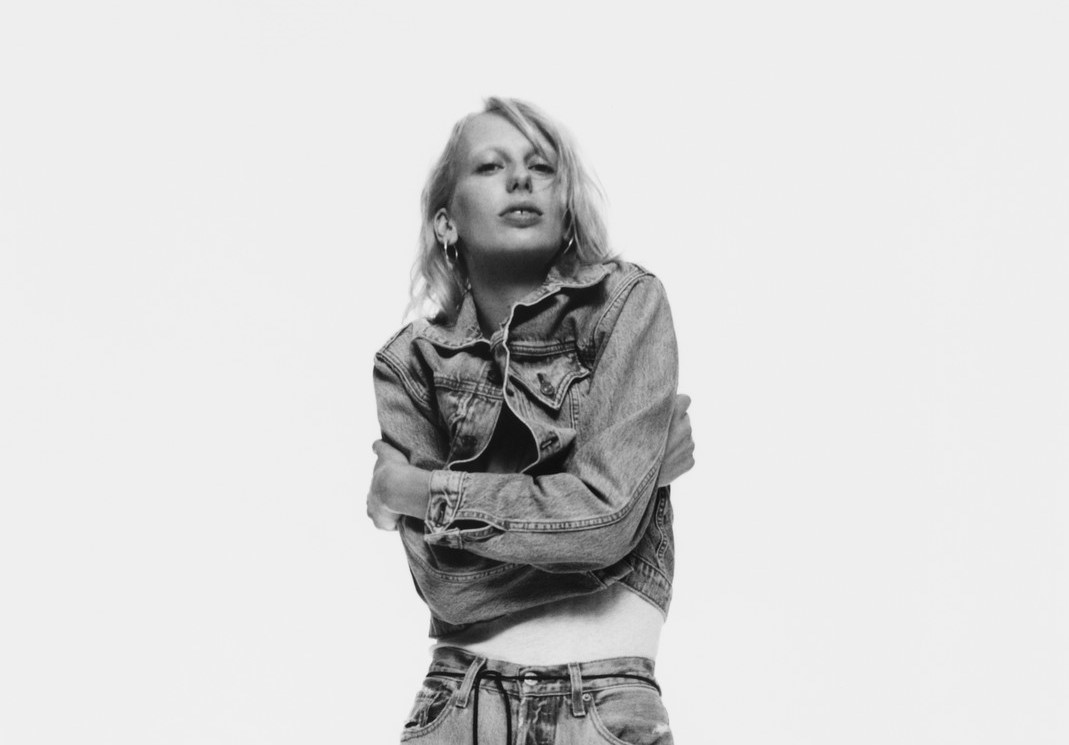 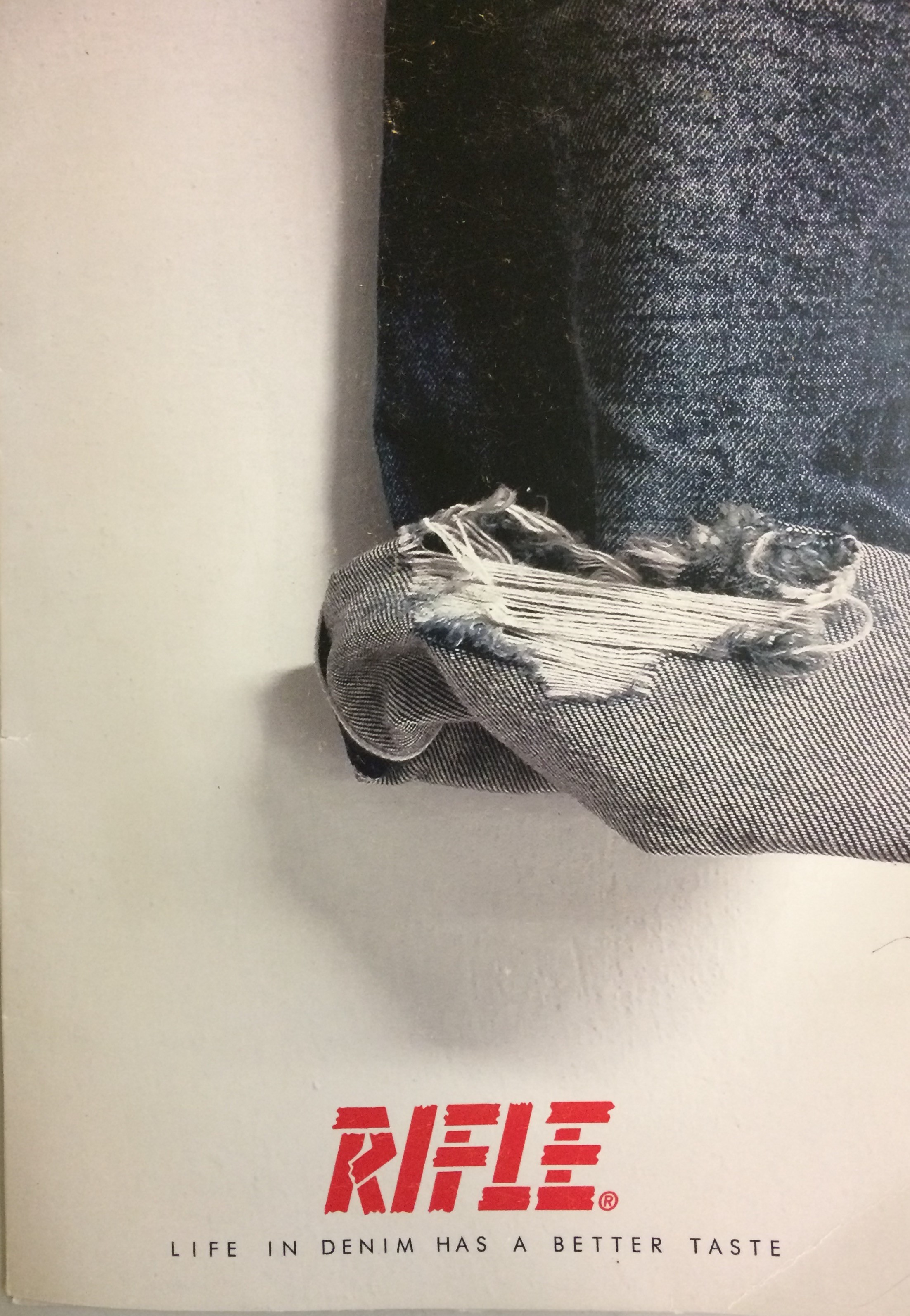 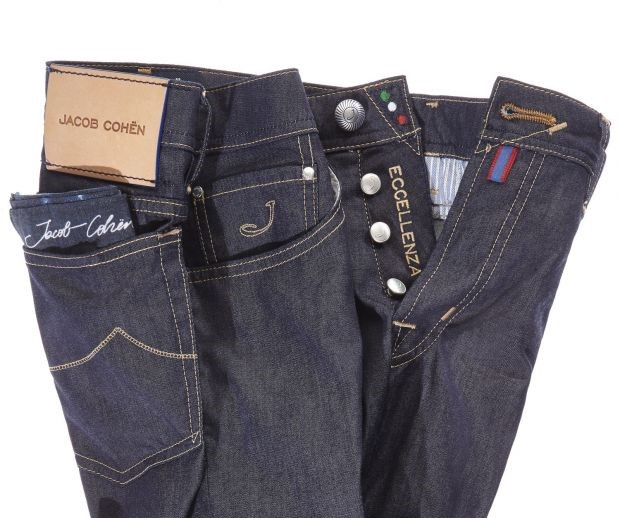 Giada SpA-Jacob Cöhen dispute in the hands of Milan's Tribunal