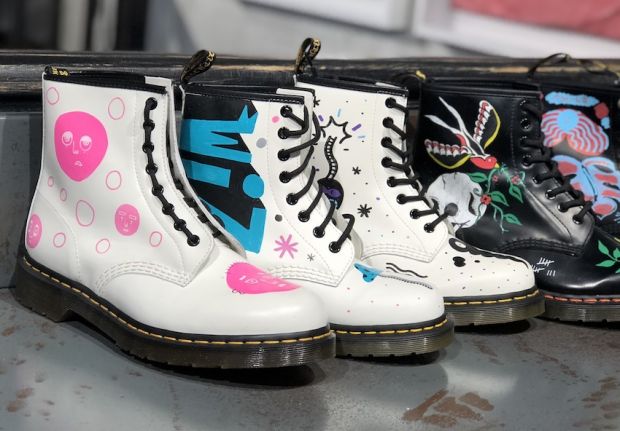 Dr. Martens: Day of the Doc

There’s no end to the variety of Dr. Martens boots surrounding us–shiny black ones, studded and intricately patterned, as well as a whole wall of vegan offerings, one of the brand’s strongest new lines. (Apparently “vegan” is the second most searched term on the Dr. Martens website, behind 1460 – the iconic eight-eyelet boot). 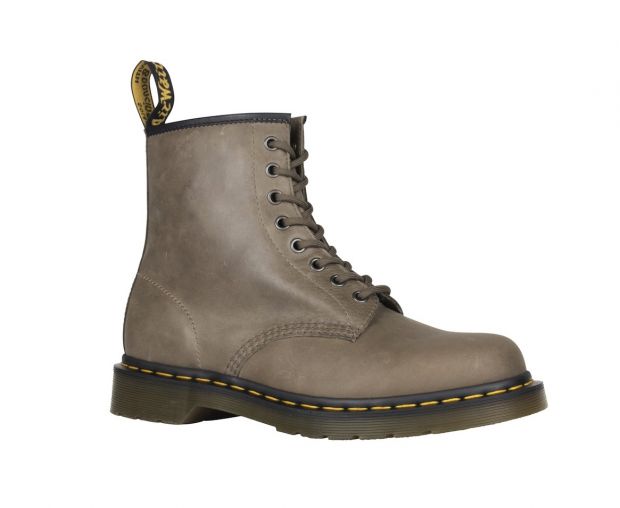 We’re here to pick the brains of Daniel Le Vesconte, director EMEA, about Dr. Martens’ expansion and recent success. Revenues of the Primera-owned brand were up by 32% to £155.9 million in 2018 across the EMEA region alone. But first, Le Vesconte is eager to show us a video recording from his last visit to the Dr. Martens’ factory in Northamptonshire. In one of the clips, a cobbler heat-seals the sole and welt using hot blades and rollers, before applying the signature yellow stitch. “Dr. Martens are quite literally made like no other shoe on earth, using a process that was first perfected 60 years ago,” enthuses Le Vesconte. “These techniques have remained largely unchanged over the six decades since.”

Production at the factory only accounts for a small percentage of the total output, but it’s still significant–not least in terms of maintaining brand authenticity. Staff at the Camden flagship–located within the famous market–tell us that most customers visiting from abroad rarely settle for anything other than the Made In England range. This line also extends to the collab products, and any customized pairs designed in-store. 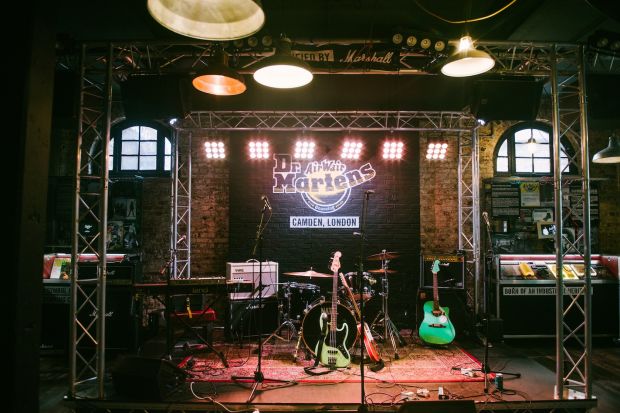 The balance between heritage and innovation is achieved by not veering too far away from the brand’s core. “We’re very aware of what we should and shouldn’t do when it comes to innovations and product extensions,” says Le Vesconte. “We introduced DMs Lite for f/w ’16 to meet the needs of consumers who’ve grown up in sneakers, hence wanting a lightweight option, but what we didn’t do was to create an actual sneaker.” Le Vesconte points out that even Dr. Martens’ non-lite models are a credible alternative to many of the sneaker brands, since they’re equipped with “bouncy” Airwair soles. 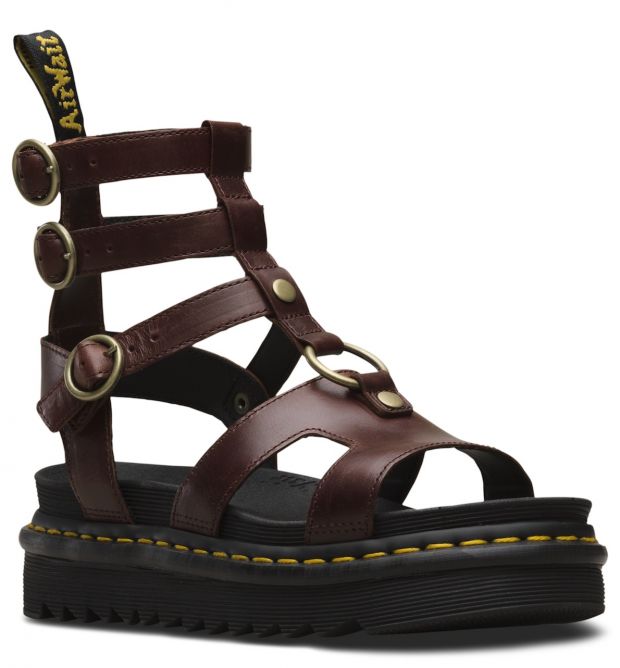 A new store model was established in 2017. It’s based on the Camden flagship–a collaborative effort by Dr. Martens’ marketing team and retail design agencies OL3 Design and Closed Sundays. Various in-store tools have been used to build brand awareness, combining both digital and more tangible elements. The Camden store unsurprisingly trumps the lot. Its resident Boot Room houses a museum-like display of footwear and paraphernalia from the Dr. Martens archive. It also functions as a permanent gig venue, regularly hosting bands of different genres–from reggae and punk to trash metal and electropop.

“Through our stores we can really express our brand DNA, conveying it clearly to our diverse consumer base,” says Le Vesconte. “Reassuringly, our store openings have had a positive knock-on effect on e-com sales near those shop locations, likewise wholesale.”

Germany is a key growth market, with new standalone stores in Berlin, Cologne and Dusseldorf (and more in the pipeline). It seems a particularly fitting move, since this is the country in which Dr. Klaus Märtens founded the brand in 1947. 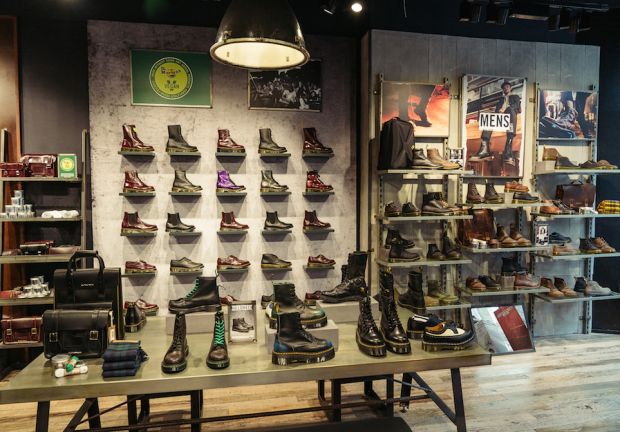 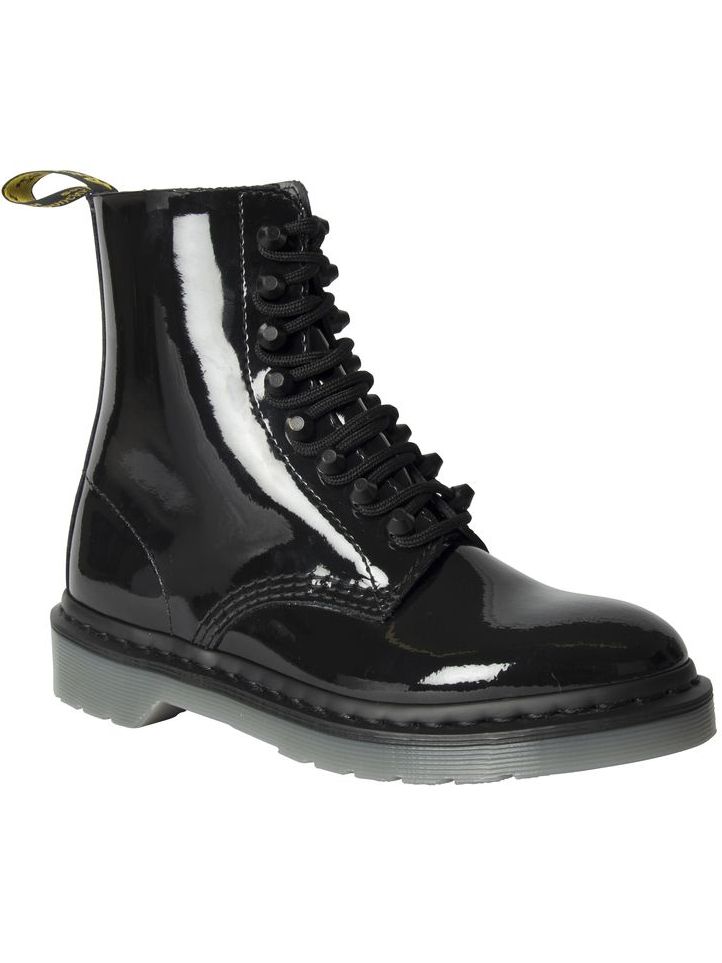 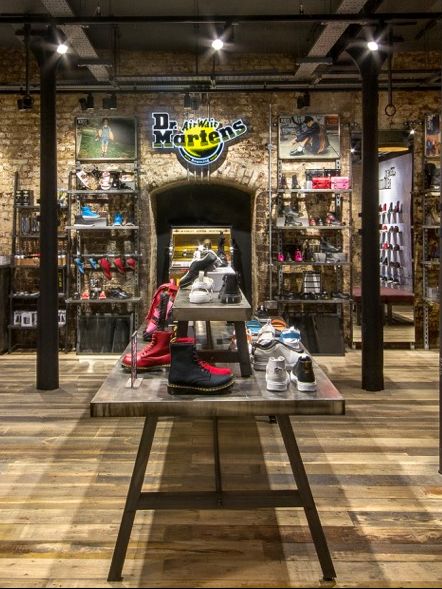