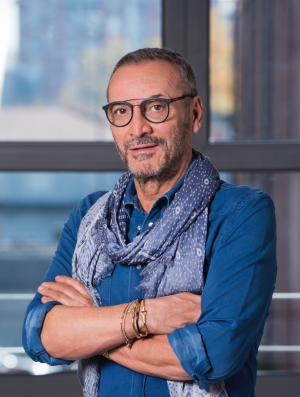 Italian specialized premium jeanswear manufacturer Giada is generating a lot of buzz of late. The company, founded in 1987 owned and managed by the Catania family, produces 100% made in Italy denim, prèt-à-porter collections and men’s and women’s accessories.

Giada is based in Rovigo, in the heart of one of Europe’s most specialized productive hubs for denim. After having worked in the past for many prestigious brands including Yves Saint Laurent, Marlboro Classics, Max Mara, Guess?, Avirex, Calvin Klein, Iceberg and Otto Kern, it has recently announced various new projects.

During the June 2018 edition of Pitti Uomo and within Milan Menswear Week, it launched its first own Hand Picked premium mens’s jeans and casual-chic total look brand for s/s 2019. It is characterized by great care in manufacturing, finishing and detailing–as its name suggests–recalling the same accuracy poured in producing great wines. 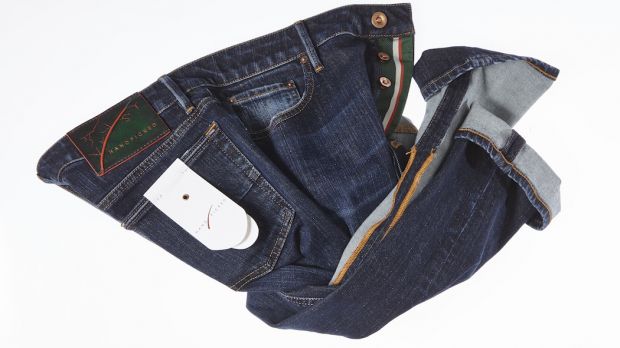 Hand Picked offers about 115 pieces, most of which are jeans and denim items made with Japanese fabrics, though there are also polo shirts employing Loro Piana fabrics and top quality cotton shirts. “We are debuting with a men’s collection only, though, starting from s/s 2020, we also want to offer a more structured collection that might also include a selection aimed at women,” explains Franco Catania, CEO and majority shareholder of the company. “We want to debut in about 100 doors, including top-end boutiques and department stores only, such as, for instance, Harrods, Neiman Marcus and Isetan in Tokyo.”

Giada has also recently signed two new agreements. Starting from s/s 2019 it will produce and distribute the newborn Karl Lagerfeld Denim collection, a vast premium denim offer entirely manufactured in Italy and completed by luxury detailing such as selvedge elements, lurex-effect textures, coatings and garment personalization. It will offer a wide range of jeans fits and styles. The aim of the agreement is to continue for at least ten seasons and to distribute the brand in Europe, the Middle East and Africa.

Also newborn is the agreement to produce and distribute another haute-de-gamme denim line for Villebrequin, the French iconic brand founded in St. Tropez in 1971 that offers swimwear, ready-to-wear and accessories. The new denim line will complete the brand’s offer and accentuate its ’70s style chic and cool characteristics.

Oher important changes will happen for Giada. Since 2004, it has been holding a licensing agreement to produce and distribute the premium men’s and women’s total look and denim brand Jacob Cohën, which will expire in 2021 (also read here).“We have always kept a very strong connection with Jacob Cohën. Until 2010 we have also owned 49% of the brand and Jacob Cohën, in turn, has owned 49% quotas of our company,” explains Catania. “Moreover, after the tragic and unexpected death of Nicola Bardelle (son of JC’s founder and creator of the brand’s relaunch) on August 3, 2012, the company was able to react strongly, thanks to the extraordinary skills and competences acquired in the denim industry over the course of its 30-year history, pushing the brand to virtually double its sales.”

Giada will close 2018 reaching €85 million in sales, almost entirely derived from Jacob Cohën but it hopes to grow that number in the future with its new ventures. “Our group employs 300 people directly and involves another 700 people indirectly and we want to grant them a future, even when our collaboration with Jacob Cohën will cease,” says Catania. “For this reason we are starting a series of new projects, which we believe in a lot and consider very stimulating.”