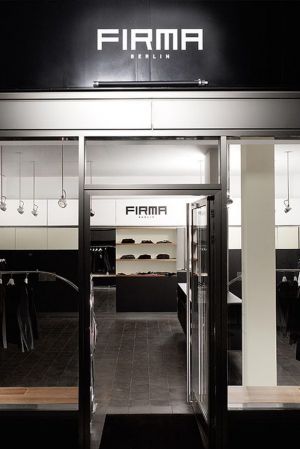 by Juliette Tafreschi — April 29, 2014
After 17 years, Berlin fashion brand Firma says goodbye and will close its doors. The delivery for A/W 14/15 will be the last one. “We are not insolvent”, stated designers and founders Daniela Biesenbach and Carl Tillessen to the German newspaper Frankfurter Allgemeine Zeitung. According to Biesenbach and Tillessen, the decision to quit was a personal one. They are tired of being mistreated.

In fact, the fashion industry has changed dramatically during the last decade, especially for smaller designer brands that cannot compete against big chains like Zara, Mango and H&M. And of course, online businesses and shops like ASOS are growing and growing. Also the relationship between boutiques, retailers and designers has changed. A lot of boutiques and shops are facing financial problems and payment difficulties towards suppliers. Thus, they only take designer goods on commission and return unsold goods to the manufacturer at the end of the season.

Just recently, Frankfurt concept store Lieblings – who was one of Firma’s clients - declared insolvency in March. The store opened last year in August. At the beginning of next year, Firma will also close its two stores in Berlin and the design studio.