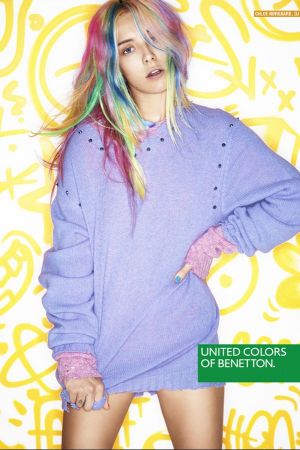 The six young personalities use their musical taste and melodies to express and share their life experiences and communicate with the world. “This is a campaign that unites different cultures and experiences in a melting pot of musical genres,” says Benetton Group’s chairman Alessandro Benetton. “Just like color, music is a way to express yourself, to communicate your personal feelings, and above all, it is a universal language that everyone understands.”

Jansson is an established fashion photographer and the creative eye behind advertising campaigns, covers and spreads in fashion and lifestyle magazines. He has also shot many celebrities.