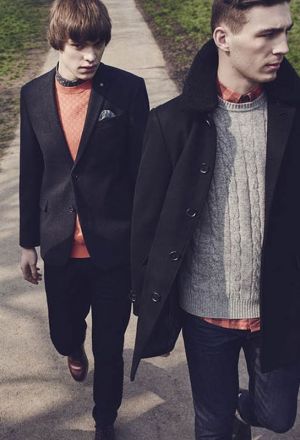 by Emma Holmqvist Deacon — February 01, 2016
Ben Sherman has been given a second chance in the shape of a pre-pack administration deal between its owner Marquee Brands (which acquired Ben Sherman from Oxford Industries in July 2015) and UK based business BMB Clothing LTD/ The Baird Group.

Retail wise, most UK stores look set to stay open, although there are three planned closures in London over the next few months. Existing customers will be transferred to the new licensee. Additionally, BMB Clothing Ltd will import 35-40 staff from the UK head office to ensure optimal continuity of the business. The German wholesale business and Ben Sherman retail stores will remain under a new Germany-based licensee who will also manage Ben Sherman in the Netherlands, Austria and Switzerland, ensuring maximum job protection in both retail and wholesale divisions.

In a statement, The Baird Group highlighted the input of Gordon Brothers Europe “whose expertise around operational re-structuring allowed for the continued operation of the business post-completion, enabling an orderly transition to the new licensees without disruptions to the supply chain, distribution channels, and customers.”