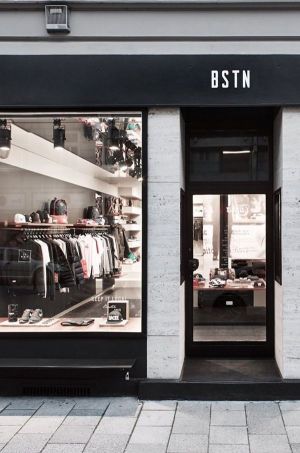 The storefront at Amalienstraße 44
Stories

The store stocks 15-20% Beastin merchandise (A number that is predicted to increase over time) and a selection of hip streetwear brands such as Pigalle, Palace, Wood Wood, Raised by Wolves, Cazal and Acapulco Gold, as well as sneakers by Nike and New Balance. Beastin are exclusive retailer of many of the brands they carry within Munich, or even Germany. 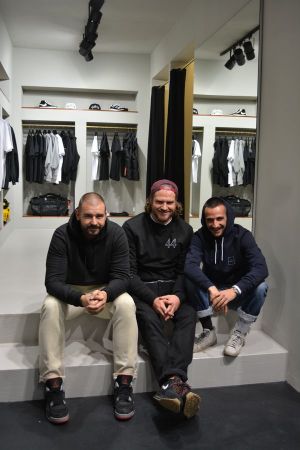 The owners (from left): Dusan Cvetkovic, Chris Boszczyk and Philip Stolte
The store opening caused hype among the predominantly younger fans of the brand. Before the official opening at 6pm there were long queues in front of Amalienstraße 44. During the first opening hours, the cash register ran hot, with most sales adding up to €300 or more. The first shirts and hoodies of Beastin’s exclusive “Le Beast” capsule collection sold out in 40 minutes.

The three store owners Chris Boszczyk, Dusan Cvetkovic (of Beastin) and Philip Stolte, who also runs the upper streetwear stores Harvest (mens) and Sprout (womens) in Munich, were happy. “With our own store, we have created exactly the retail environment in which we want Beastin to be presented,” said Boszczyk.

The basketball inspired clothing label was founded by Boszczyk and Cvetkovic in 2008. Their shirts, hoodies, jackets and caps were popularized by international celebrities such as rappers Asap Rocky and Ludacris, and football players Franck Ribéry and Jerome Boateng. The brand quickly became the German streetwear brand of the moment. To avoid an over-distribution, the brand has recently cut down the number of its German retailers from 55 to 15. It is now only available at stores like Overkill in Berlin, Pool in Munich, Suppa in Stuttgart, Uebervart in Frankfurt and Souq in Düsseldorf, as well as at selected retailers worldwide such as Caliroots in Stockholm or Uneek Basement in Tokyo.

Beastin have focused heavily on online distribution. The brand will fully re-launch its online shop in the near future. At bstnstore.com, users will soon find multi-brand online retail with a large share of Beastin products. The founders have made no comment regarding if they will open more stationary multi-brand retail stores. 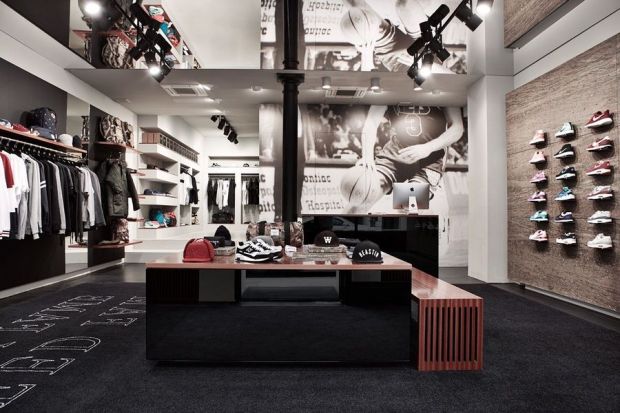 Inside the new Bstn store