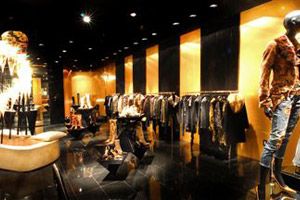 — November 25, 2007
This coming Thursday, 29th November, Bologna based Einstein group will open a new Bray Suite Anthology store in Moscow, Russia. The new flagship is a 100 sq.-meter space in the TK "Vremena Goda" - one of the best known shopping centers of the Russian capital - and will sell pieces from the company’s three most important brands: Bray Steve Alan, 525 and Bsa 47.

The Russian market is proving increasingly important to Einstein, and the company is anticipating a turnover of around 65 million Euros at the year’s close. It also reports an export growth of 15%, while with P/E 2008 there is an expected export growth of 20%.

The Einstein company plans to concentrate further on the foreign markets, citing saturation of its brand in the Italian market. Following the opening of its Moscow store, it will launch a second in Bucharest, all working to help achieve the company’s goal of a presence abroad accounting for 80% of sales. Currently there are seven Bray Suite Anthology stores and whilst most of these are in Italy, one also opened in Los Angeles, USA, this past April.