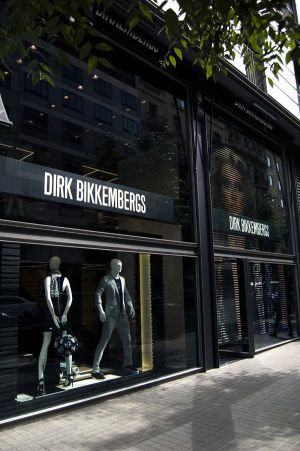 Bikkembergs new Barcelona flagship from the outside
Stories

by Maria Cristina Pavarini — October 08, 2012
Bikkembergs, the fashion brand by Belgian designer Dirk Bikkembergs, has opened its first Spanish store in Barcelona, in Passeig de Gràcia, 99, in the very heart of modernist architecture and within one of the main fashion shopping areas of the city.

Looking more like an all-comforts and finely customized luxury apartment than a luxury boutique (such as Bikkembergs' Milan flagship store opened in 2009), this 600 sqm two-level shop is equipped with travertine walls decorated with elegant metal logos, precious wengè wood floors, crystal tables supported by marble footballs, and grass green curtains. It offers a comprehensive wardrobe with luxury and unique items as well as casual and comfortable ones – menswear, womenswear, kidswear – gathered under one roof.

The boutique was opened to the public on June 16, though it wasn’t officially inaugurated with a high-impact event until October 4. The Spanish market is not a new one for the brand, which has been cooperating with the shopping giant El Corte Inglés and about 200 high-prestige multi-brand stores scattered throughout the Iberian Peninsula for many years.

“The Barcelona flagship store continues our great and ambitious international expansion project,” explained Maurizio Pizzuti, President and CEO of the Zeis Excelsa Group, which acquired Bikkembergs in 2011. “Within the next few months, fourteen new stores in important cities, including Guangzhou, Paris, Istanbul, and Riyadh, will add up to the 30 existing points of sale, the last one opened in Beijing a few days ago.” 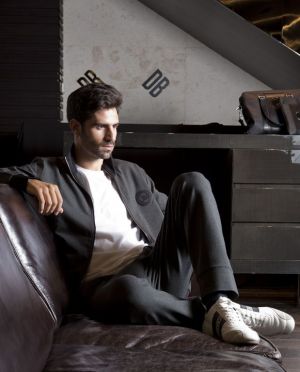 Footballer Ferran Alabau
During the next month, the Flagship store will have a famous tenant, Ferran Alabau, number 10 of the Spanish football team CF Gavà. Ferran will live at 99 Passeig de Gràcia under the eyes of the public, as if he was at home. The shelves dedicated to the product display will also accommodate his personal belongings, his photos, his games and books, as well as carpets, trophies, old and precious furniture. An impeccable housekeeper will be there to keep Alabau’s temporary home tidy and well organized.
All this will convey a feeling of the athlete’s lifestyle and of course draws the public attention to Bikkembergs' new flagship. 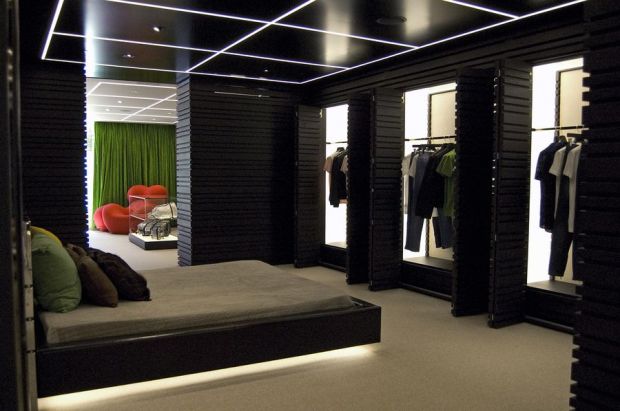 Appartment-like atmosphere in the Bikkembergs store