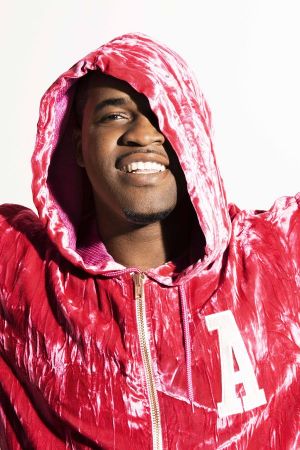 by Lorenzo Molina — June 06, 2014
On 12th June, British fashion chain Topman will launch a new fashion collection created by the Danish designer Astrid Andersen. Composed of 17 streetwear pieces, the line has a predominantly oversized silhouette and a color range reduced to black, white and carnation pink. These colors are then accentuated by the use of contrasting fabrics and techniques, and finished off with copper foils and chunky copper metal work. The assortment of products includes an oversized tracksuit, neoprene bomber jackets, oversized vests, closed mesh oversized T-shirts and shorts, brushed back fleece sweatpants and funnel neck sweatshirts, among others. 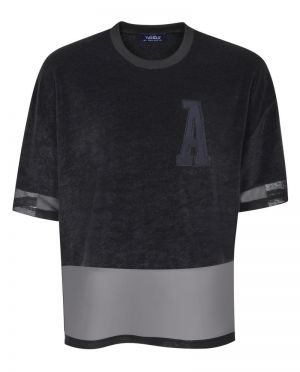 The collection has a predominantly oversized silhouette
“The inspiration for the design was a website I found on Punjab basket teams from India. There were images from the early fifties right up to today so the inspiration became the crossover references on how this was originally a national sport but as time progressed it became highly Americanised.“ stated Andersen.

The collection was shot on hip hop artist A$AP Ferg in New York, since both sides professed great mutual admiration for each other. The Astrid Andersen for Topman collaboration will be available from 12th June. Retail prices start at 56€.