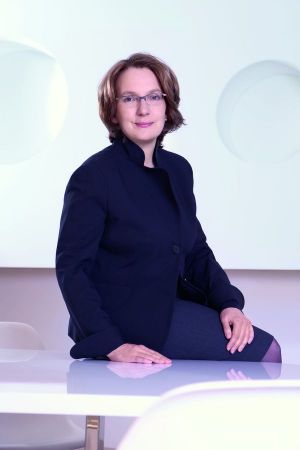 by Lisa Dartmann — March 13, 2013
Ahlers group Germany reports stable sales revenues for full year 2011/12, thanks to a good fourth quarter. As a result full year sales were at EUR 253 million (previous year EUR 256 million). Revenues were driven by the Premium brands Baldessarini, Otto kern and Pierre Cardin, which grew by a combined 6 per cent and increased their contribution to total sales revenues from 56 per cent to 60 per cent. Sales revenues in the Men’s & Sportswear segment declined sharply, primarily due to the problems at Gin Tonic, explained Dr. Stella A. Ahlers, chairwoman of the board. With sales down by 22 per cent, this segment accounts for only 14 per cent of total sales, 4 per cent less than last year.

The decline in Gin Tonic’s operating result and its reorganisation shaved about EUR 2 million off the operating result and about EUR 3 million off the consolidated net income after taxes. The discontinuation of Gin Tonic Woman will reduce sales revenues in 2012/13 by approximately EUR 10 million. This is equivalent to about 4 per cent of total sales revenues. The Ahlers Managing Board nevertheless expects the Group’s total sales revenues to remain more or less stable, as the Premium segment should continue to grow strongly and the Jeans & Workwear segment is also expected to boost its revenues. The fashion company projects continued growth also for the Retail and e-commerce operations. All told, we expect consolidated net income to stand between the previous year’s EUR 7.3 million and the EUR 10.1 million of 2010/11, said Dr. Stella Ahlers.