There are sexier things than functional underwear. Still, that’s what Swiss brand Odlo is mostly known for. Time for the sleeping beauty to wake up again: since about two years a new management (Christophe Bézu as CEO, Timo Pape as Brand Director, both former Adidas members) works on repositioning Odlo, with the winter collection presented at this Ispo trade show presenting the result. “We wanted to show a modernized collection, but at the same time move back to our roots in sports performance and not get lost in some fashion experiments,” Timo Pape says.

At the same time it was also clear that the brand needed to keep up with material developments already offered by competitors way earlier: these can be seen in Odlo‘s fairly new offer of merino and merino blend qualities as well as linen blend products to come in summer. Before the Swiss focused on their roots in nylon.

On top the time was ripe for a more modern look to hold pace with the global athleisure trend. “We all know that these days activewear is also used as daily wear, girls put on their sporty underwear as outerwear, so it was time for us to adapt our collection, says Pape. In fact, the looks of Odlo’s base and mid layers (the team prefers these terms to the slightly old-fashioned term ‘underwear’), counting for about 70% of Odlo’s offer, would work as casual gear worn on the street respectively on your way to or from doing sports.

Part of this make-over has to do with Odlo’s recent collaboration with renowned architecture bureau of Zaha Hadid. The eponymous architect has died in 2016, but her fluid, organic aesthetics and formal language are still transported by her team and so became vivid in Odlo’s seamless knitted body-caressing Future Skin collection which also features an organic body mapping approach. This means that the parts of the body are not divided into separate areas, but rather merging parts and therefore the apparel needs to cater these merging characteristics as well. For next season the collaboration will be extended for the Hadid people to put their hands on the whole Odlo women’s activewear.

Expanding global business is one of the goals behind this strategy: Additionally to the traditional independent specialty sports stores Odlo wishes to gain more key accounts, the presence at department stores as well as in the e-commerce business shall be increased. At the same time more younger consumers (favorably 25-30 years old) shall be approached by the help of intensified and modernized communication (for example via social media/bloggers) but mainly through the modernized design language. 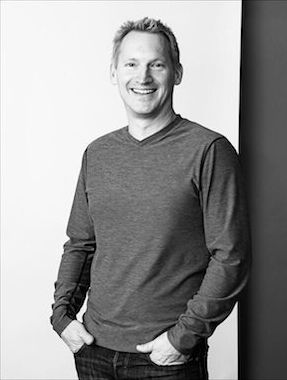