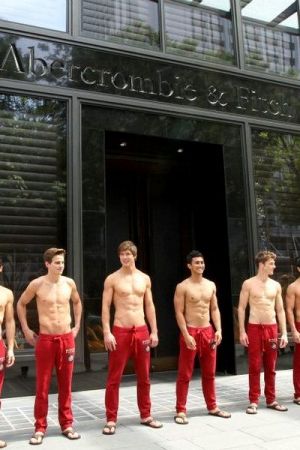 Models in front of the A&F store in Singapore
Stories

Abercrombie Sets the Date for Flagship Store Opening in Munich

by Alice McCullagh — October 01, 2012
On 25th October, Abercrombie and Fitch will open one of their largest flagship stores in Munich. To draw attention to the new store, male models from all over the world will be flown in one week before the opening of the new store. The famous six-pack models will pose in front of the shop and be photographed with customers.

The 3300 m² store is situated on Sendlinger Straße 8 and is also part of the new shopping headquarters, Hofstatt. In addition, Munich can also look forward to the opening of Abercrombie and Fitch’s sister store, Hollister, which will open a 1600 m² flagship store neighbouring Adidas and Gant in spring 2013.

In Europe, Abercrombie has expanded aggressively, opening seven flagships and 62 Hollister stores since 2007. Yet even this initiative is now hitting economic road bumps. Abercrombie's store traffic and sales slowed down over the past year, as Europeans cut back on spending in the face of a worsening debt crisis.

After years of extreme success, Abercrombie and Fitch has struggled more recently and been forced to close several of its branches in the US. By 2015, the label will have closed 180 unprofitable locations, in hopes to elevate its brand image as well as its profit margins.