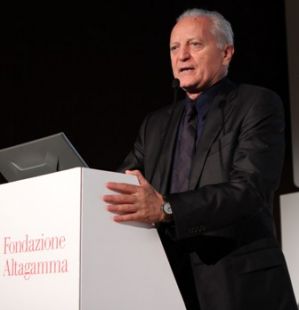 by Maria Cristina Pavarini — October 22, 2010
The worst of the crisis seems to be over by 2011. This is what emerged from the recent studies conducted by Altagamma, international foundation collecting “haute de gamme" companies that represent the worldwide market situation and future development perspectives.

According to Claudia D'Arpizio, consultant and partner of consultancy firm Bain & Co., which conducted the study in cooperation with Altagamma, the market volume of personal goods in the global luxury market was €153 billion in 2009, 8% less than in 2008, but is expected to grow of about 10% in 2010.

Outlet business has grown significantly with new openings in Europe and Asia and thanks to increased traffic and average cash register receipts. Luxury outlet business generated a sales of over €8 billion in 2010.

Hot topics to keep in mind for the future will be China and other emerging markets (Brazil, Russia, Middle East and India), an adaptation to a general digitization of the market, and an enhanced attention to customer experience focused on excellence, buying experience and service.

Also part of the studies is the Altagamma Consensus 2011, a forecast of the overall luxury market. For 2011, they expect positive signs. Among the segments with the highest expected growth are leather shoes and accessories (+8%), and apparel (+7.5%). Among the market areas with better sales performance, they expect the highest growth in Asia (+15.8%) and Middle East (+11.5%), while Europe and USA will register respectively a +5.5.% and a +6% growth.