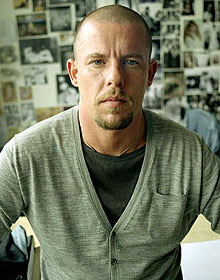 — February 11, 2010
Alexander McQueen, one of the fashion world’s most influential and forward-thinking talents, was found dead this morning at the age of 40 in his London flat. The cause of the Saint Martins’ trained designer’s death is said to be suicide, although this fact is yet to be confirmed.

McQueen’s death closely followed that of his mother’s, who passed away only three days ago. The tragedy also follows that of the designer’s close friend, muse and one-time mentor, Isabella Blow, who committed suicide nearly three years ago.