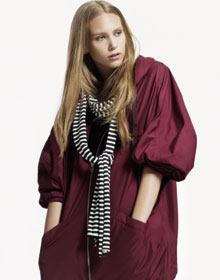 “The impacts of the economic downturn and repercussions on consumer spending are well documented and certainly continued to influence our performance in the second quarter,” said Herbert Hainer, Adidas Group CEO and Chairman. “However, the good news is that we did not see any fundamental deterioration in our business since publishing our first quarter results. Our financials for the first half of 2009 are exactly in line with the guidance we provided in May – if not a little better. As a result, I believe we have seen the bottom in our financial performance this year.”

Hainer added that he was confident results would improve. The Group, meanwhile, has projected a low- to mid-single-digit sales decline on a currency-neutral basis for both Adidas and Reebok brands in 2009 and a low-single digit rate increase in sales for its TaylorMade-Adidas Golf business.