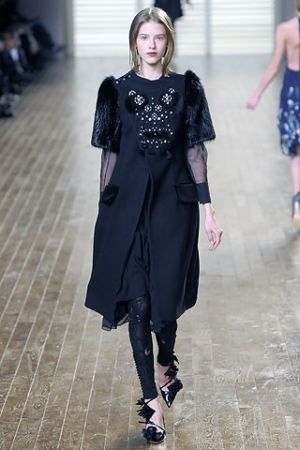 For Central Saint Martins graduate MacGibbon it is a return to the fold – the designer worked with the label’s design team for five years between 2001 and 2006, and also has experience working under Valentino. MacGibbon is the latest in a line of fashion-heavies to take up the helm at Chloé like Karl Lagerfeld, Stella McCartney and Phoebe Philo.

The label’s most recent deigner, Andersson, has just shown his autumn/winter 2008-9 collection at the Paris shows this past season, but in his three seasons in the top spot has been said not to find it an easy transition between his own hard-edged design style, and Chloé’s established feminine aesthetic.

"Paulo is a truly talented designer and we would like to thank him for his contribution to the House," said Ralph Toledano, chairman and chief executive officer of Chloé, in a statement. "I am totally confident that he will have a very successful career. Hannah has been an integral part of our company for many years and we look forward to the overall creative vision she will bring to the growing world of Chloé."

Photo: A look from the autum/winter 08-09 Chloé collection, Andersson’s final for the design house.