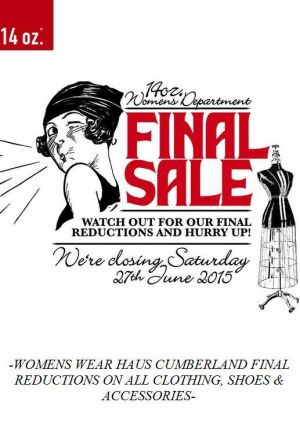 by Maria Hunstig — June 16, 2015
Doomsday mood at 14 oz. Haus Cumberland: the Bread & Butter owned store on Berlin’s most important commercial shopping street Ku’Damm has called out “final reductions” – at least for its womenswear department, which is scheduled to close Saturday, June 27.
According to a Bread & Butter spokesperson, the store shall continue its operations on a reduced sales area afterwards. However, the trade show enterprise's whole retail segment was currently on trial in context of Bread & Butter's current insolvency proceedings. Sales in the first, original 14 oz. outpost in Berlin’s Mitte district (Neue Schönhauser Straße) are expected to continue as before, for the time being. 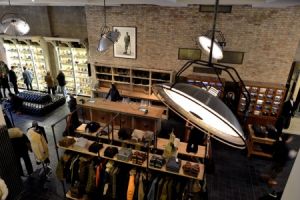 Last week, it was announced that online retailer Zalando has become a stakeholder in the trade show.