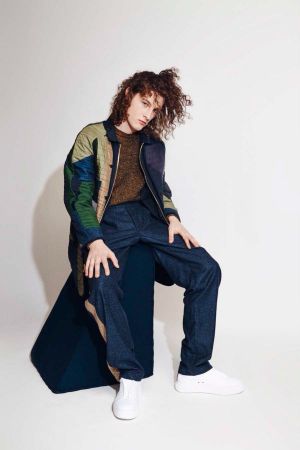 by Maria Hunstig — January 28, 2016
Last week during Paris’ menswear week, both MAN and Capsule proved to be gold mines for both interesting global newcomers and longer established names from overseas, now trying their luck in approaching the European market with especially many US-based brands leaving a mark on our fashion radar. This is our top 10 selection of the most promising labels to watch from the Paris shows.

Chapter
This Californian brand looks everything but similar to the bright pink sunbed-and-Juicy-Couture aesthetics that one tends to connect to the sunshine state, but has more of an understated New York kind of feel to it. Chapter makes great classics (drop-rise tailored pants, woolen coats, leather jackets) and just introduced a women’s line for the first time for fall/winter ’16. Favorite piece: The flowing zipped shirt with now extra sleeve seams.
www.joinchapter.com 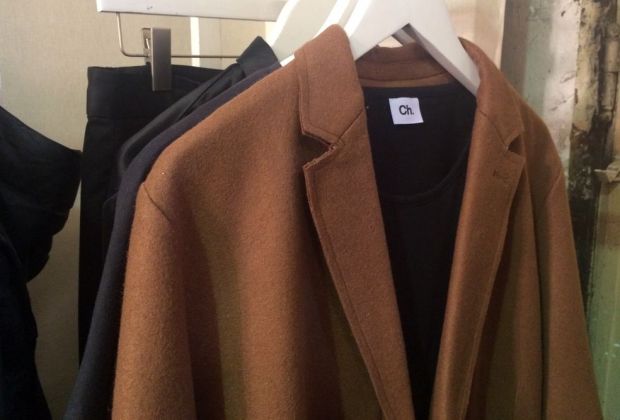 Maiden Noir
Maiden Noir has been around since 2005 but it is only now that the brand is targeting the European market with its creative approach on upscale streetwear. It’s no surprise, the brand already has a good following in Japan and the US – founder Nin Troung is also the design director of Stüssy. For the fall/winter ’16 collection Troung experimented a lot with materials – highlights include warmly padded rollnecks and pants, shearling details and fleecy woolen zip-shirts and basecaps.
www.maidennoir.com 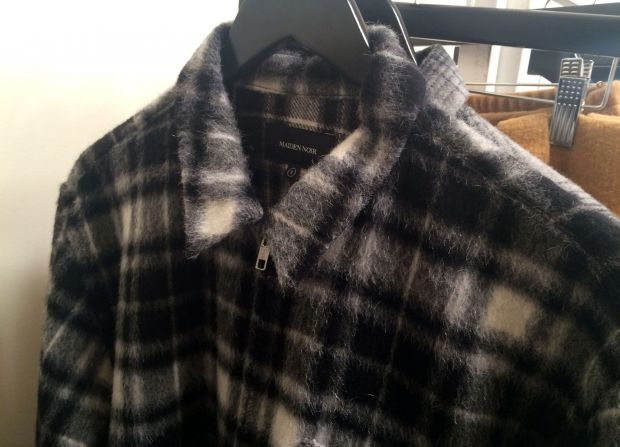 Maiden Noir
DDugoff
Daniel DuGoff is actually a trained architect but that seems to only benefit him in the design process of clean shaped menswear which he calls “unbasic basics”. Started with the fall/winter ’14 season, the young New Yorker makes clothing that “lies halfway between going to work and staying at home” with his brand DDugoff. Highlights of his fall/winter ’16 collection are the casually wide-leg pants made from a range of interesting textures and materials, a patchwork coat and vest and a grungy-colored knitwear set of jumper and jogging pants.
www.ddugoff.com 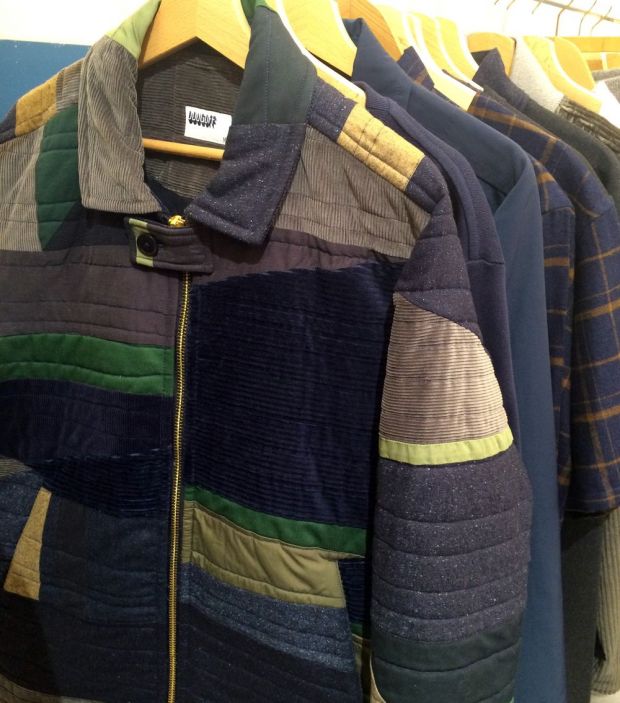 Matiere
As the brand name correctly points out, this label is all about materials and fabrics. Co-founder Scot Shandalove has more than 15 years of experience in the fields of branding, merchandising, sourcing and developing apparel and has held roles at WeSC, Colorfast and Burton before living out his passion for unusual fabrications and silhouettes with a twist at Matiere since 2013. The Californian brand isn’t scared to combine alpaca jogging pants with a classic Henley or honeycomb drop crotch pants with a crispy checkered shirt.
www.matiere.com 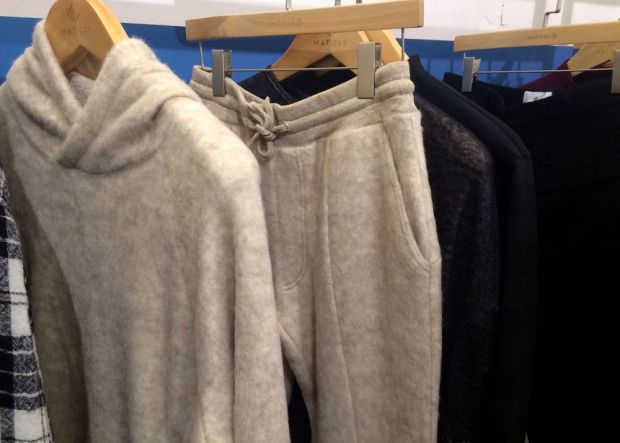 Matiere
Avnier
Avnier has its roots in the music scene. The brand was started in 2014 by two friends: French singer/director Orelsan and fashion designer Sébastian Strappazzon and soon gained recognition across the scene. Its appearance at MAN was their first attempt to bring their sporty-meets-unusual detailing clothing to a broader fashion audience. The much-employed Avnier logo was designed in collaboration with Philippe Cuendet of Lausanne-based graphic design agency DIY.
www.avnier.com 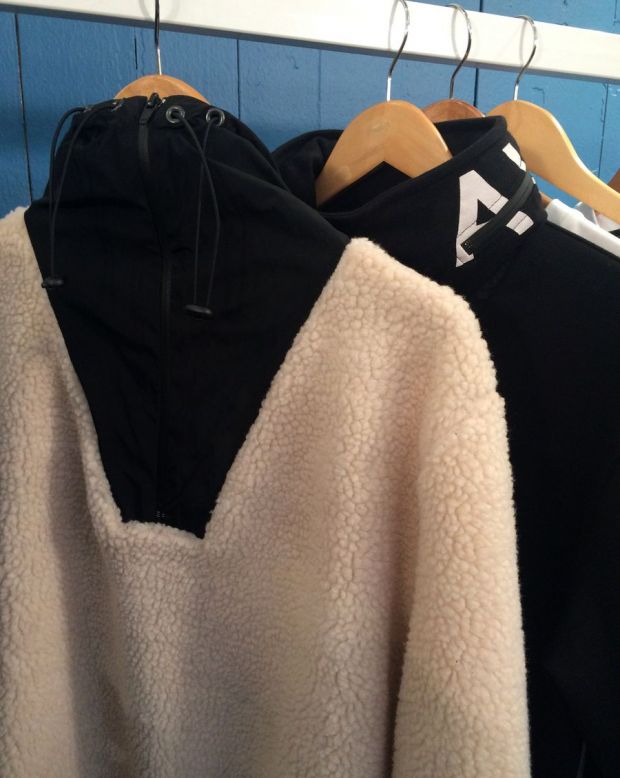 Second/Layer
Together with childhood friend Anthony Franco (art director), brothers Joshua (creative director) and Jacob Willis (CEO) started their label Second/Layer a few years ago as a medium to express their own ideas and designs after having worked for brands and customers in the fashion industry for years and years. Started off as a small side-project, the brand has recently grown to four collections per year (spring and fall plus pre-fall and resort) with stockists from American Rag in LA to United Arrows in Tokyo. Their easy-going but refined street fashion is heavily influenced by their skate/surf-coined upbringing in Southern California.
www.secondlayer.us 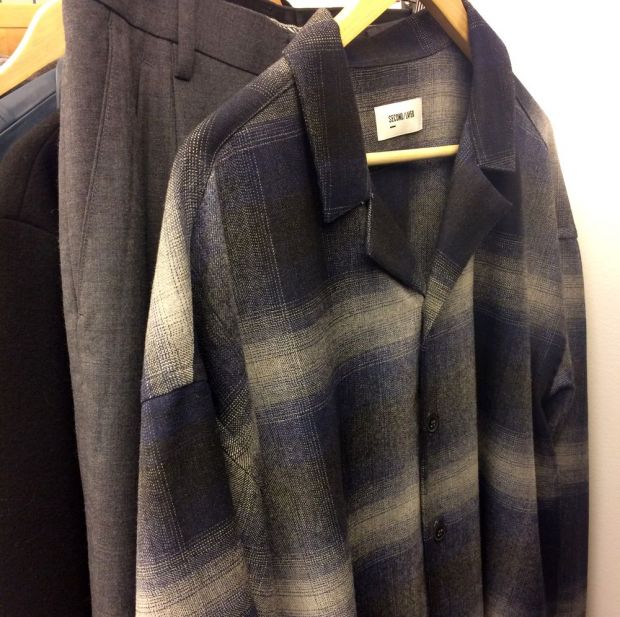 7 Layer System
Co-founded by Steve Monaghan, founder of renowned London PR agency Sane Communications, this brand new line makes highly functional outerwear – but unlike others sports a very fashionable look.  Based on the concept of wearing seven layers for optimal insulation, the debut collection has been developed for the last 1,5 years and now shines with everything in between technical leggings (base layer) to high-tech outdoor jackets (top layer) in a Marni-like color palette.
www.instagram.com/7lsystem 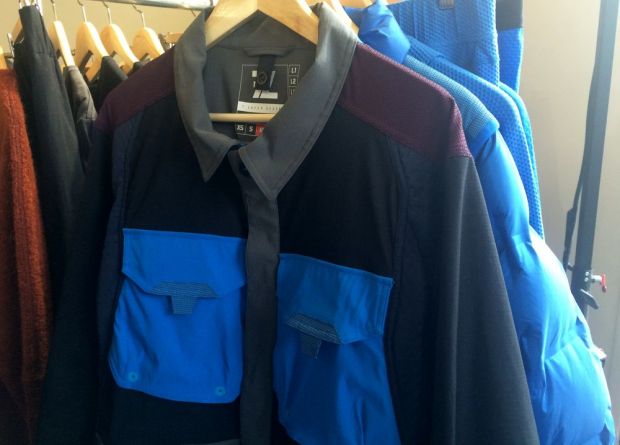 The/End
Since 2011, The/End is designed, developed and manufactured in the USA by a small in-house team and a network of small factories, drawing inspiration from art, music and counter-culture movements. Originally a men’s collection, fall/winter ’16 comes as the label’s first unisex collection, meaning that all pieces are made in a size run spanning from women's to men's sizes – without the typical “girly” adjustments, which sounds like a very clever move to us. So far, The/End is stocked at American Rag, Barney’s Japan and Revolve Clothing, amongst others.
www.theendusa.com 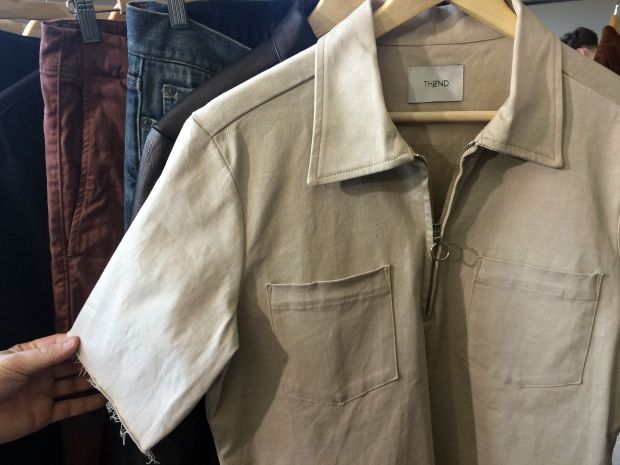 The/End
Hasta Sporting
This young Brooklyn-based label fuses the currentness of New York City with the ease and balance of a coastal life. The result is color-daring, contemporary sportswear that is not necessarily functional, but does have some novel and innovative details. Their founders Rory Fortune, Tyler Rowe and Ginger Jones have a work background that includes brands such as John Varvatos, Swiss Army or Supreme, which might explain their desire to make clothing that easily transforms from work to social life.
www.hastasporting.com 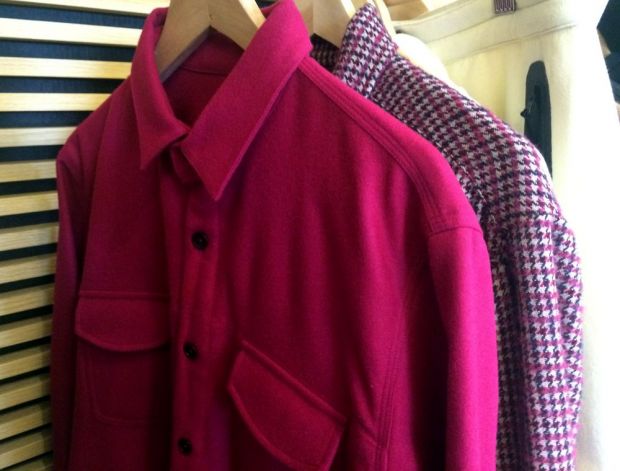 Beau Homme
Unlike one would expect behind the French name, Beau Homme is design out of London. Its founders George Bunker and Justin Mansfield met each other at the London College of Fashion. Together, they want to merge tailoring, sportswear and print and make clothing that enables its wearers to “respond to the actualities of contemporary life”. The inspiration of today’s constant traveling and being “on the move” results not only in practical detailing such as detachable pockets and even shoulder bags, but also in fun airplane prints.
www.beau-homme.com 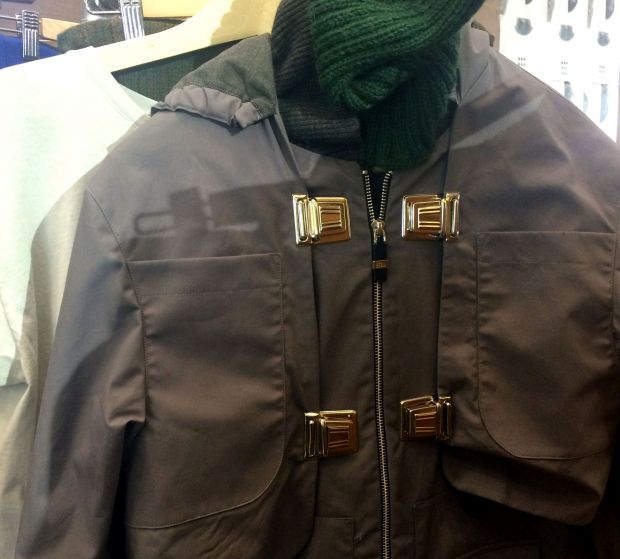 Discover PVH Europe's new step to speed up on circularity