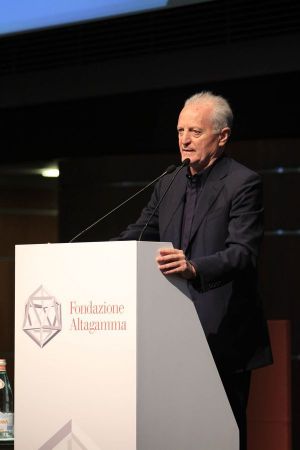 by Maria Cristina Pavarini — October 19, 2011
The yearly Observatory Altagamma showed optimistic signs. The surveys that were recently presented in Milan offered a view on the worldwide luxury market performance of 2011 and forecasts for 2012. “Despite general difficulties, we expect an overall growth, especially in Asian countries but also in the rest of the world,” commented Santo Versace, Chairman, Fondazione Altagamma.

The surveys presented showed that major worldwide luxury companies are expected to register an average 10% growth. The most significant increase is expected by the jewelry and watch segment (+10%) as the leather, shoe and accessory sector (+10%), followed by apparel (+6.5%), fragrances and cosmetics (+6.5%) and art de la table (+2%).

Most significant will be the performance of personal goods expected to reach €191 billion sales by the end of 2011, +13% more compared to €173 billion registered in 2010. The most significant growth is expected to be reached by jewelry and watches (+18% than in 2010), leather accessories (+16%) and apparel (+8%). Regarding both categories, men’s purchases will play a significant role as well as casual brands, and second and third lines. Footwear will register +11% lead by medium priced products such as sneakers and mocassins sold at comparably lower prices than luxury footwear. Fragrances and cosmetics will register a +3% growth.

The highest growing markets will be the Asian Pacific region (+25%) - China will reach +35% - for a total of €12.9 billion sales. The Americas will also show good results (+8%) thanks to good performance in the leather goods area with Brazil as the leading country for Southern America. Europe will show good selling results with about €69 billion sales (+7%). Finally, also Japan will show a recovery with +2%, while Russia will remain stable.

Moreover, e-commerce will continue to bring significant results: In 2010, it registered a +25% growth, it is now slowing down but is still growing by +9% in 2011.