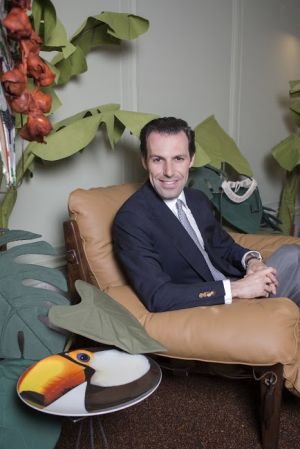 Casa Pau-Brasil: “It sends the visitor's imagination to Brazil”

It’s a tropical escape right in downtown Lisbon: concept store Casa Pau-Brasil opened its doors in April 2017 to stage Brazilian design, fashion and beauty to the European world. Located in the Príncipe Real neighborhood, the stunning store attracts locals as well as tourists to discover Brazilian brands in a luxurious shopping experience.

Sportswear International talked to Rui Gomes Araújo, founder and partner of Casa Pau-Brasil, about the store’s thoughtful connection to the South American nation. 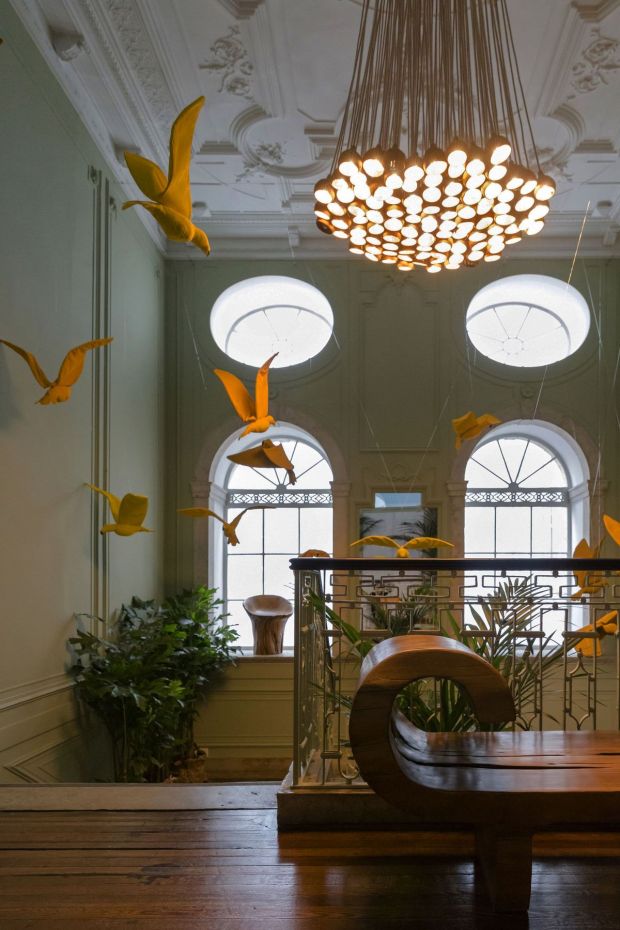 When, why and by whom was Casa Pau-Brasil opened in the first place? Tell us the story behind your store!

We inaugurated Casa Pau-Brasil on April 22 of this year, intentionally on the same day that Portugal discovered Brazil. I have always had a strong connection with Brazil and, since 2013, I am founder and investor of Imperivm, a Brazilian product representation company. So, the idea was to bring together, in the same space, some brands that I already knew and believed in, to show the best of Brazil to Europe and the world.
The concept was inspired by the Pau-Brasil manifesto, written by Oswald de Andrade and published in 1925, which prophesied a country that exchanged import for export. The work initiated the movement of the modernists in the defense of the Brazilian roots. We want to recount this history, almost a hundred years later, to show a Brazil genuine, prepared and geared towards internationalization.

How does Pau-Brasil relate to Brazil?

Casa Pau-Brasil is related with Brazil in all aspects. From Brazilian music that is heard as soon as the customers enter the store to the decoration. From the assistance of a Brazilian team to the space as a showcase of Brazilian culture. We took special care of everything to characterize the genuine Brazil that we want to present.
The lobby, for example, features a Brazilian coffee garden inspired by the work of landscape architect Burle Marx. The displays are inspired by indigenous Brazilian houses made of straw and wood. Both creations are by Joana Astólfi, who also worked as a set designer for Hermès.
All the lamps of the house are made of coconut and in the common spaces there are furniture sculptures designed by the artist Hugo France carved from forest residues of pequi-vinagreiro, a typical tree of the Mata Atlântica bahiana.
The house exudes the perfume of Granado, one of the most traditional brands in Brazil. Another room that we call "room Amazon" was completely set with plants of tropical origin. The combination of these elements lends a tropical soul to the store, at the same time that it sends the visitor's imagination to Brazil through a sensorial experience. 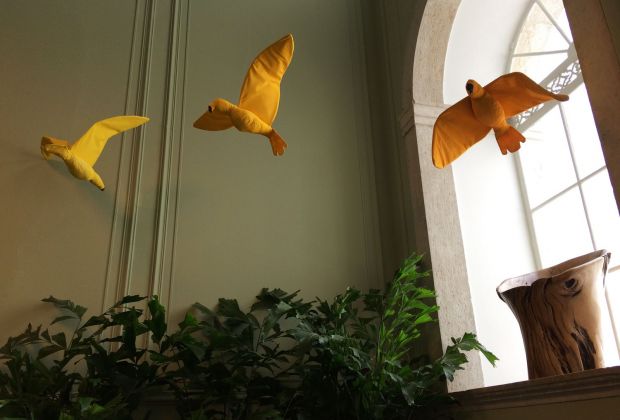 As a concept store you’re offering fashion, interior, beauty and more. How did the assortment develop over time? How many fashion brands do you offer?

Our positioning is to be seen more and more as a concept store and not a department store. The idea is to make each environment not just a shopping experience, but a brand experience. Our product mix is very diverse, ranging from a soap to art pieces recognized in major auctions such as Hugo France's sculptures. Our focus is not on the price of products, but on the authenticity, the message we want to convey.
Brands we offer permanently are Biscoito Fino, Campana Brothers, Capivara, Chicô, Chocolate Q, Granado, Phebo, Frescobol Carioca, Hugo França, Instituto Moreira Salles, Jader Almeida, Juliana Herc, Lenny Niemeyer, Maria Oiticica, Nina Write, Reboh, Sergio Rodrigues, Dress to and Tucum.
At this moment, we are working together with Fashion Label Brasil, a Brazilian fashion export program created by ABEST (Brazilian Stylists Association) in partnership with Apex-Brasil (Brazilian Agency for Export Promotion and Investments) which, between September 21 and November 12, presents the collections of 10 Brazilian brands in the Casa Pau-Brasil store, complementing the 18 that are permanent in the Palace. Clothing, sneakers, handbags are part of the selected portfolio of brands such as Cabana, Catarina Mina, Cecilia Prado, Denise Gerassi, Isolde, Lilly Sarti, Martha Medeiros, SERPUI, UMA, Raquel Davidowicz and Veja. 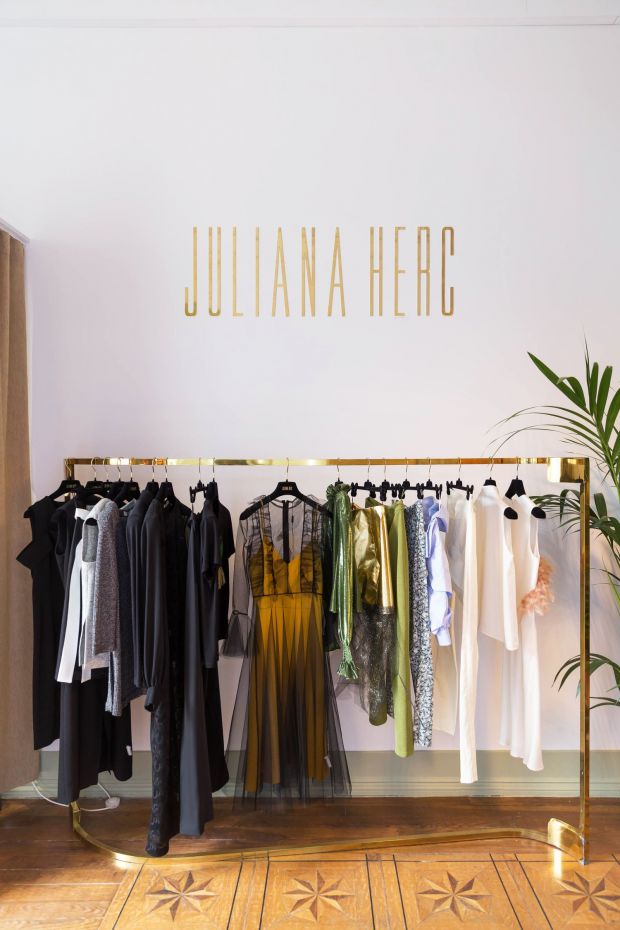 How does your store differ from other stores?

In the first place, we differentiate ourselves by showing a Brazil that Europeans and foreigners in general are not accustomed to seeing. The store is located in a palace dating from the 18th century, the team has 100% Brazilian DNA which adds a warm and friendly way of attending and the curators contemplate genuinely Brazilian products.
There is an expression in Brazil that says such a thing was created "for the English to see." Our pretension is precisely the opposite: to show a true and authentic Brazil that leaves the commonplace; to be a reference that contributes to the repositioning of the image as a country of countless talents, contemporary and singular in its Brazilianness. The result, at the end of the visit, is that many customers leave the store commenting that they wanted to know Brazil.

What are the criteria when selecting new brands for the store? Have you brought in any new labels in recent seasons?

We seek to select what we consider the most genuine in Brazil with the condition that they are products with an international vocation. We have soaps from Granado, a pharmacy that has existed since 1870 in Brazil, the chocolate Q grown on a farm in the south of Bahia and produced by a single Brazilian family, bathing suits from Brazil and decorative pieces of the architect Chicô Gouvêa.
In addition to the Abest brands already mentioned, we have Dress to, a label from Rio that has just arrived in our store, and soon we will have the Farm, well recognized in Brazil and beloved by the Portuguese. 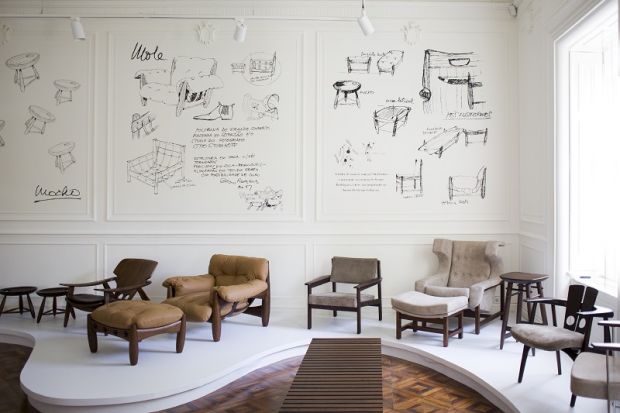 Who is the typical Pau-Brasil customer?

The customers of Pau-Brasil are diverse, but we have both Brazilians who know and visit the store for their identification with brands, as well as foreigners, a characteristic public that transits in the Príncipe Real neighborhood.

Do people buy according to their favorite brand, style, or impulse?

It depends a lot on the brand. Granado, for example, Brazilians buy for their loyalty and affective bond with the brand; foreigners often feel attracted by the colorful packaging and layout of the store, built from pallets. The Chicô brand, which includes cushions and canvases, has a unique style, highlighted by its tropicality. In case of Frescobol Carioca there are loyal customers who know and seek the brand for their quality and originality of patterns inspired by Brazilian beaches.
There is no doubt that there are also customers that buy on impulse motivated by the tropical, Brazilian environment we achieve to create in the store. 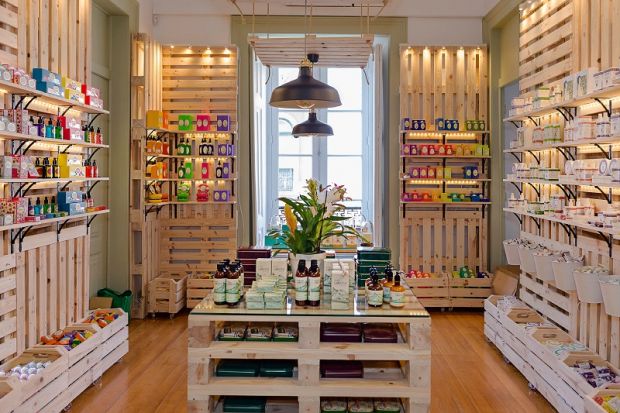 What is the most important ingredient for successfully running a concept store in the long run?

The most important thing is to provide a Brazilian experience and to show authentic Brazil to the consumer. This territory imitates nothing, nor anyone.

How do you interact with your community?

We interact through social networks and events such as the launch of the Dress to brand with a cocktail and chorinho concert, as well as the Abest event that brought 10 Brazilian brands in partnership with Apex. In addition, we already have loyal customers. 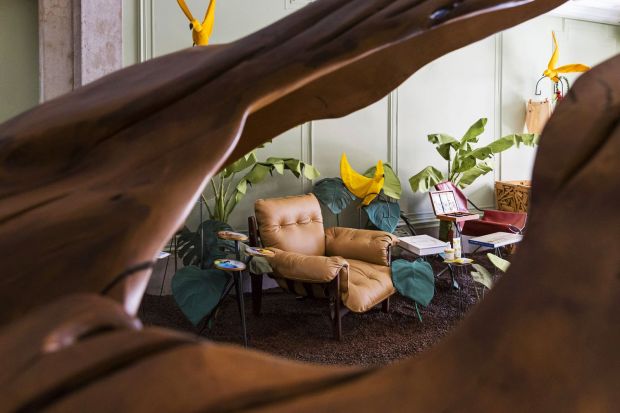 Why is Lisbon the perfect location for Pau-Brasil?

Lisbon is à la mode; it has become trendy. It is today one of the European cities with greater flow of tourists, seen with increasing interest by great international operators, among them, those from Brazil.
Príncipe Real was the name of the main ship that in 1807 made the transfer of the Portuguese Court to Brazil and also an official title that was born in 1815, when D. João VI elevated Brazil to the kingdom category. It is also the name of one of the neighborhoods most noble and cosmopolitan in Lisbon.
For this reason, Lisbon and, more specifically, Príncipe Real, was the neighborhood chosen for Pau-Brasil to settle and crosses again with the history of Brazil. 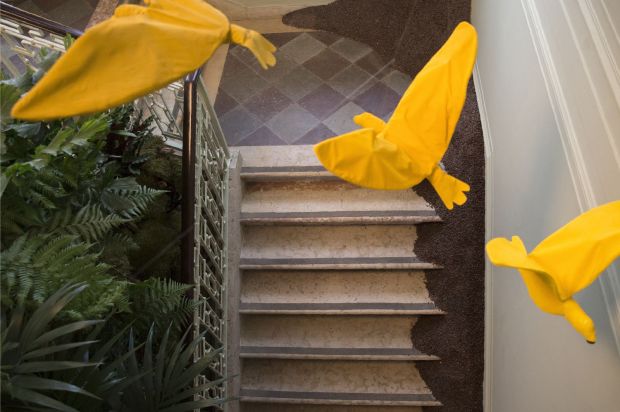 How important is the interior, the atmosphere and the whole package?

The main thing is that we try to create a complete and remarkable experience that involves the consumer. In every room of the store it is possible to listen to Brazilian music (recognized worldwide) and the decoration brings elements such as wood, Brazilian coffee, coconut, the setting of tropical plants, chocolate with taste, the aroma of Granado in the air.
We are planning a restaurant with a Brazilian chef so that foreigners can learn more about Brazilian gastronomy and a cultural space of exhibitions so that the store is not only a business platform or sales environment, but also a space for disseminating and experiencing Brazilian culture.

Do you have a store that serves as a role model? What inspires you?

Brazil has been successively discovered: in 1500 by Pedro Álvares Cabral, who found it and made it known to the Old World; in 1808 by D. João VI, who changed his hemisphere to give him a new Atlantic centrality; and in the Modern Art Week of 1922 by the Brazilian modernists, who found in it the roots of a new Brazilianness.
The Modern Art Week in 1922, promoted by the modernists, represented a renewal of language and aesthetics. The book of Oswald de Andrade quoted above and all this movement of rediscovery of Brazil was the inspiration for the name and design of the brand. These were our pillars for the creation of Casa Pau-Brasil.
We do not have a reference model; what inspired me was the history of Brazil and a new profile of Brazilians who have come to Europe. 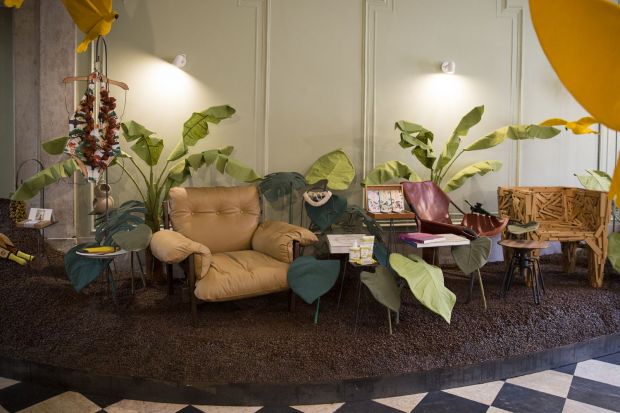 Who was the most interesting person you ever welcomed to the shop?

One of the secrets of success is keeping the customers confidential, but who we can name was one of the descendants of the Granado family who has been in the store more than once to buy branded products for the whole family. It took a lot of negotiation to bring the brand to Europe. There are already distributors in Paris and other cities, but as a shop, we are the first in Europe. This kind of feedback gratifies us and makes all the effort worth it. 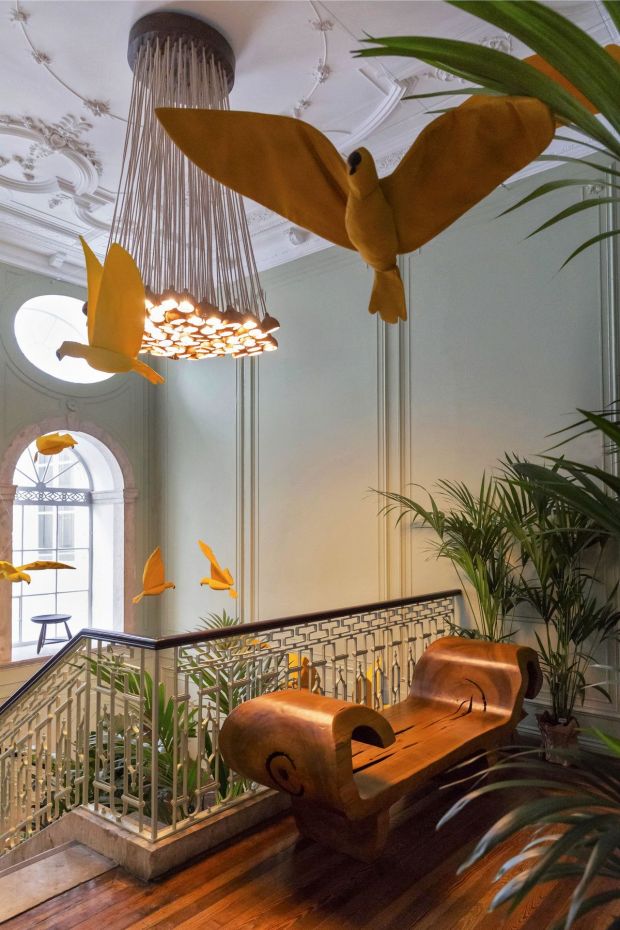 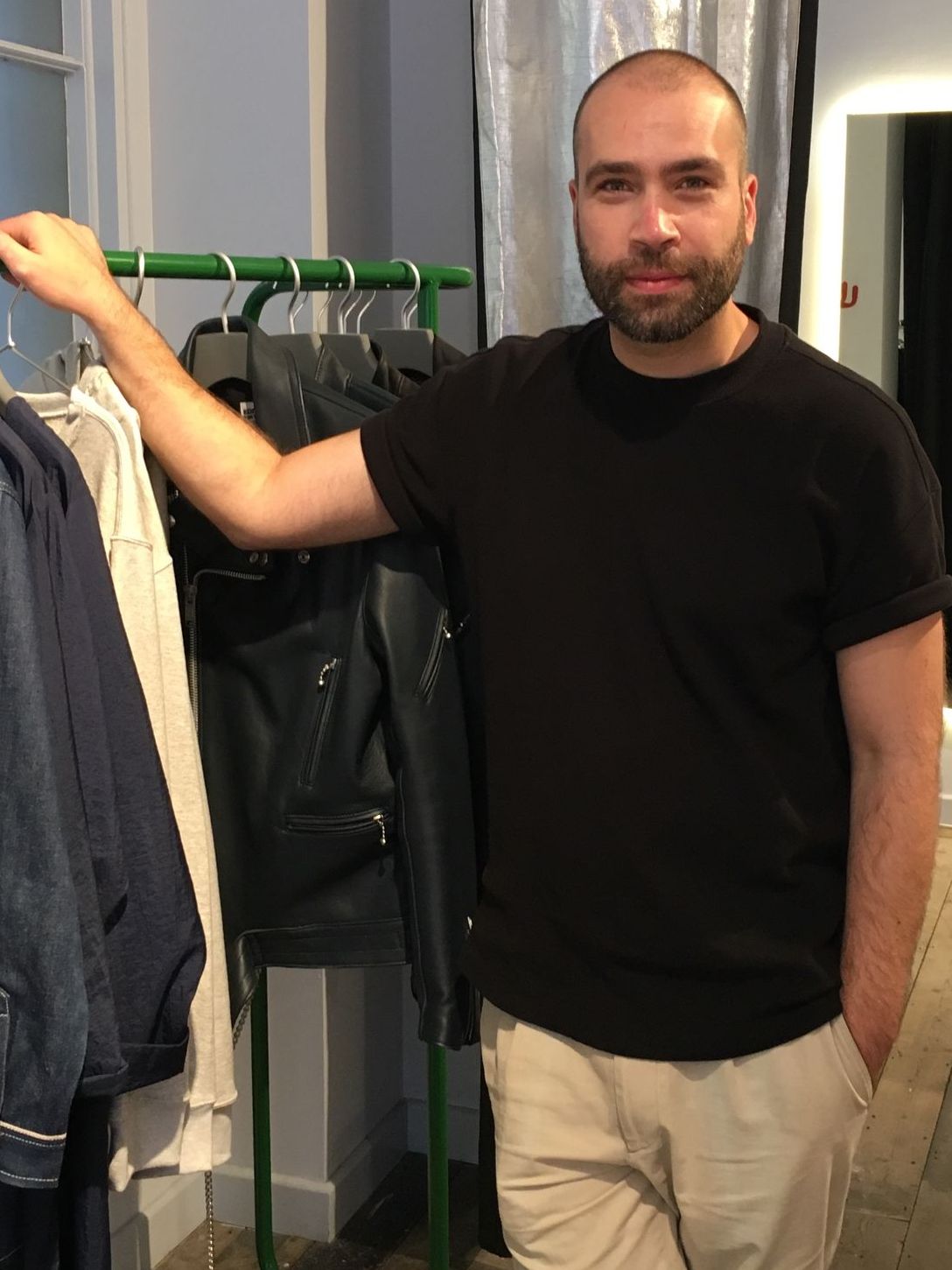 Jaime de Almeida: “We want to resonate with our customers on several levels.” 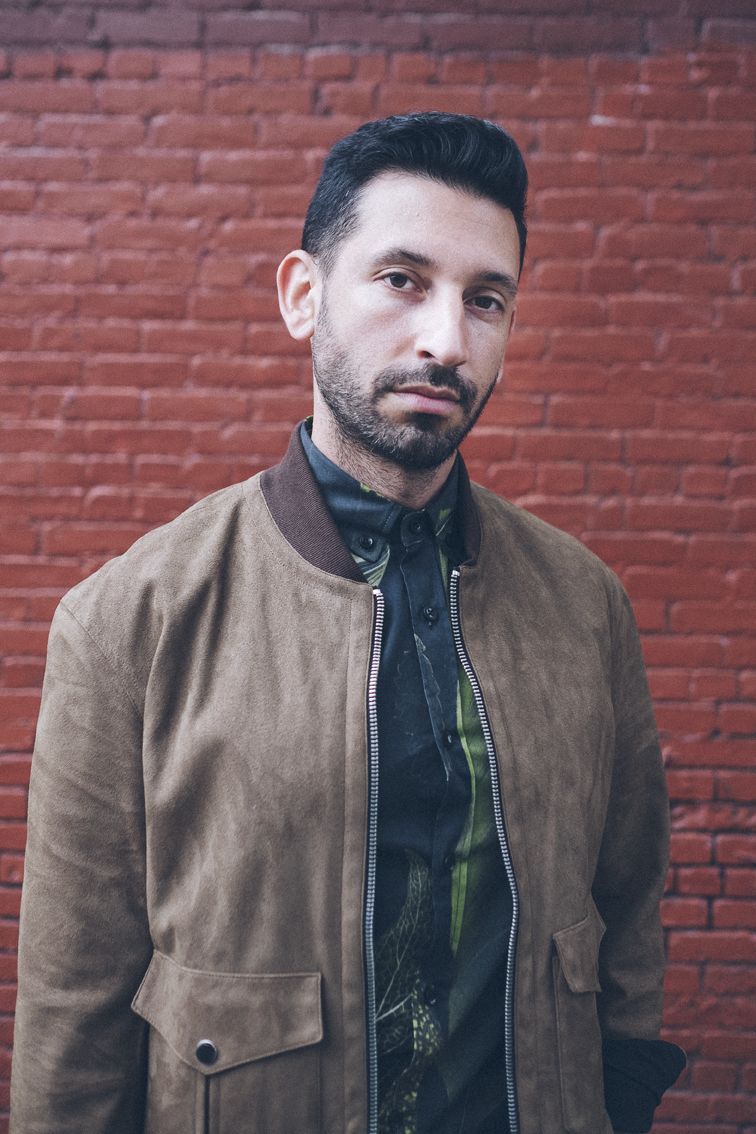 Brave Gentleman's Joshua Katcher: “[...] an ethical lifestyle can be fun, sexy and powerful” 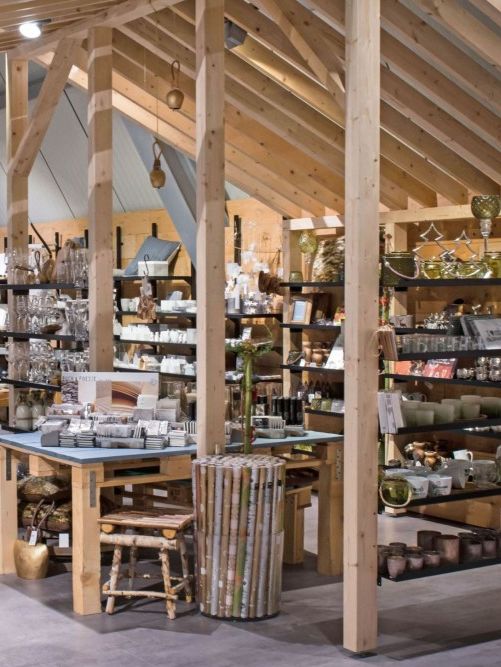 Erlebe Wigner!: “Our concept is experience”