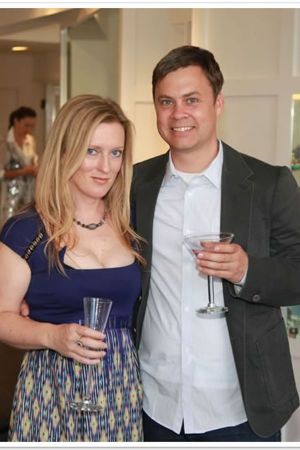 — May 09, 2012
On April 13, 2012 Elizabeth Charles opened a third branch of her eponymous, high-end multilabel women’s apparel and accessories boutique in Newport Beach, California. The 186 sqm store is the latest addition to her now ten-year-old retail endeavor. Charles also owns and operates a store in San Francisco (opened in 2007) and her original store at 639½ Hudson Street in New York’s Meatpacking District, which was hardly the shopping area it is today when it debuted there in 2002. A native Australian who now resides in San Francisco, she spoke to us about her newest location, how the three stores differ, why she was forced to change her initial retail concept five years ago and the secrets of her overall success. Interview by Christopher Blomquist

You just opened your third store, in Newport Beach in Orange County. Why open it now and why there?
We weren’t planning on it being there. We were looking at opening a third store but we were considering places like Greenwich, Connecticut. It sort of came out of the blue. One of the big malls down there approached us and really wanted us to open in their mall. I didn’t even know where Newport Beach was to be honest. We got down there and I didn’t want to be in a mall but it got me thinking about the competitors in the area. The only similar multibrand boutique was A’maree’s and they had just moved locations so their old location was up for rent. It just seemed like a no-brainer. The space is big and beautiful and built out and they did an amazing business. And the surrounding businesses all attracted the same clientele. So it was like a proven start with an already existing client base that shops in that area. It just seemed easy. It was nice to be able to not be pioneering like I was in the Meatpacking District.

What is the retail landscape like in Newport Beach?
I feel like it is underserved and they don’t have all the cool new brands there. They have South Coast Plaza, which is close by, and it’s a huge mall with every luxury brand you can think of but they just didn’t have any cool multibrand stores. Even A’maree’s is sort of Brunello Cucinelli and Celine whereas we are different. And I think that luxury customer is looking for an alternative. That’s what we are finding out: everyone is so pleased that there is something new and different that they are not going to see all their friends in.  They feel like it’s a bit of New York in Newport Beach.

With three stores in three very different locations, how do you keep an eye on everything?
I’m on the phone a lot and I have just hired a business operations person who will be overseeing merchandise and the allocation and transfer of stock and all that–all of the back office stuff. And I just hire really good people.

What are some of your bestselling brands? Do they vary by store?
Yes, they do. Carven has probably been the most popular in Newport Beach, which is sort of surprising because it’s not like the customer is familiar with the brand whereas the New York customer is. But I feel like it’s sort of preppy so it has been doing really, really well. And also Rick Owens, the Drkshdw denim and leather jacket. And Cushnie et Ochs do well across all of our stores, but particularly New York and Newport Beach. Then we have Isabel Marant in San Francisco. That just runs out the door when we get it. It’s incredible how popular it is. But we don’t carry that in our other stores.

Oh, and in New York Jen Kao does well. I think the more fashion-forward brands sell best in New York. We’re going to be bringing on KARL by Karl Lagerfeld which will be exciting and that’s going to go in all stores but I think that sort of thing will go best in New York. And Pierre Balmain we’re bringing on in New York–and only New York–because I feel like it will do the best there…. So they are all a bit different and sometimes I put some designers like Pierre Balmain just in New York whereas we picked up Joseph this season and we’ve put it in all three stores because it’s like a classic basic and all locations need that. It will be interesting to see if New York doesn’t need that. We’ve been historically know for dresses­–cocktail dresses and going out dresses–and I don’t know that our customer looks at us for basics in New York. So it’s good to have three stores. We can try it and move it if it doesn’t work!

Is it a kind of intuition you use to determine what will sell where?
It’s more like black magic than intuition! Yes, it is sort of gut feeling. For instance we put Joseph in all three stores but we did not go berserk with our buying so we feel that across at least two stores we will sell it all. But we are trying it in the three to see if our hypothesis is correct or not. But, yes, we are constantly moving stock to where it is selling. Sometimes it’s predictable and other times it is surprising. 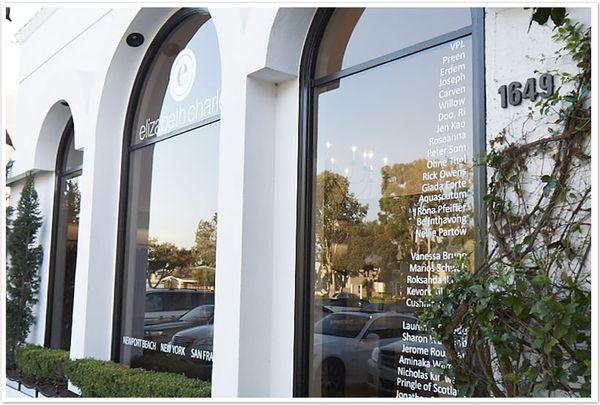 Elizabeth Charles - 1649 Westcliff Drive - Newport Beach, California, USA - +1 949 645 2300 - www.elizabeth-charles.com
When you first opened your store in New York ten years ago, it was stocked exclusively with labels you imported from Australia and New Zealand. But a few years later you switched up the mix. Why and when did you make that change?
I did it about five years ago. We opened the San Francisco store five years ago and we sort of started that store not with that story. At least half the stock was Australia/New Zealand but we had already begun introducing designers from other countries. We did it for a few reasons. Probably the most honest answer is that we just could not be bothered going back to Australia. It was just miserable going to visit family and I would rather go to Paris. That’s sort of the real answer. But the business reason was that the economy was getting worse and we felt somewhat confined with just those two countries. We wanted to expand where we could pick designers up from and increase the choice for us. We are still buying with the same eye and the same philosophy but we’re just not restricting ourselves to Australia and New Zealand.

Also we thought that customers were going back to what they were familiar with in a recession and they weren’t familiar with anything we were carrying because the brands were not as well known.

And the Australian dollar got really strong and it was making our merchandise not as competitive. When we brought in Isabel Marant we realized the power of a designer who is already doing her own marketing, press, distribution–everything. It was so easy. And it sold itself. It didn’t even matter what it looked like. None of the Aussie or New Zealand designers had any of that and it was a lot work.

So where do you shop for and discover new designers and brands today?
I go to New York, Paris and LA and Brazil has invited me again for their fashion week. I went there and picked up a couple designers. But it’s just constantly surfing the Net, asking around, stalking people along the street and picking people’s brains. All the normal things.

Do you think your success is based more on your stock or your service? Or is it a combination of the two?
It’s definitely a combination. I think service is paramount and the people I hire know how to put outfits together and not just sell a single brand, which I think is real benefit of coming to a boutique. Because if you go to Stella McCartney’s shop you are going to look like you’ve come out of the Stella McCartney catalog whereas in real life everyone is mixing what they have in their wardrobe. So I think having stylists, for want of a better word, in the store is great for not only being cool and fashion-forward but also for being nice and friendly.

I think that makes a huge difference, especially in New York!
I know. Also in San Francisco! When we came to San Francisco the store people in other shops were all sort of snobby with a big attitude. So it’s just amazing to me that people are still putting up with this snobby, elusive service. And then when the economy went worse everyone was backpedaling trying to be nice but it was sort of too late. We have a great repeat business because the girls remember who bought what and their body type and shape. Then we’ll reach out to them when something is perfect for them when it comes in. I think just doing for people who are not fashionistas themselves is super helpful.

How do you stay in touch with your customers?
We do most of the merchandise recommendations by telephone, which I think differentiates us because just about everything is through e-mail now.  It’s more personalized and you get a better response through calling. But we also have the website and we send out e-mails to our mailing lists with different trends or deliveries. And we also often have a look book prepared before the season begins so that people can put their name down for different things. We are proactive in reaching out to people and that makes a huge difference because they are grateful for the call, they’ve asked for the call and it wasn’t really a hard sell. They feel like they could have missed out on something in their size that they did want so doing that is really good.

Do you have a “typical” customer?
Not really but if I had to generalize I would say probably someone in their thirties or forties and a young mom with an active lifestyle. San Francisco has a lot of “society people” and they all go to the charities, and the symphony and the opera. I think Newport Beach will be like that as well whereas New York it’s more like a cool downtown girl who is working–so not the young mom there. She’s working either in fashion or finance and lives in the Village and wants stuff that isn’t mass-produced and boring.

How often do you switch up your merchandise?
All the time. There’s always something new and fabulous that I want to bring on. And we have to drop what is not doing well to be able to have the budget to bring in new things. But some designers we’ve had forever, since Day One, like Willow.

What are the big fashion trends you ordered for fall 2012?
Jackets will be big, especially with strong shoulders and in fur and leather. There will be more streamlined silhouettes, neutral monotones that are less busy with much less patterns. The fun will be in the multicolored fur, a feature collar or neckpiece and a statement shoe. I think sweaters will also be big, in interesting colors and patterns indicating a focus on comfort and ease.

And for right now?
Prints, flowers and that whole French sort of je ne se quoi. That sort of Isabel Marant dressed-down, messy-casual.

What would your best advice be to a young independent retailer who wants to open his or her own store?
Have a unique niche. There are just so many multibrand stores trying to sell stuff that unless you have a point of difference you could just become any store.