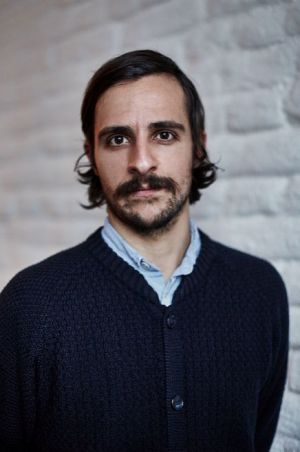 Photo: Houseofhrvst
Philip Stolte, founder of Houseofhrvst and co-creator of the Openhouse
Retailer to watch

by Maria Hunstig — May 11, 2016
When life gives you empty retail space, make a concept store. In a similar manner, Philip Stolte and his Houseofhrvst team who run two of Munich’s most-loved upper casual fashion stores Hrvst (menswear) and Sprout (womenswear), decided to step onto new grounds when being offered to temporarily rent an abandoned furniture store, owned by an institutional investor. So in cooperation with the local Lost Weekend Café, they conceived a pretty stunning open-space store concept – in a very ad-hoc kind of way. We spoke to Stolte about the idea behind the Openhouse, its collaborators and the difficulties during its realization. 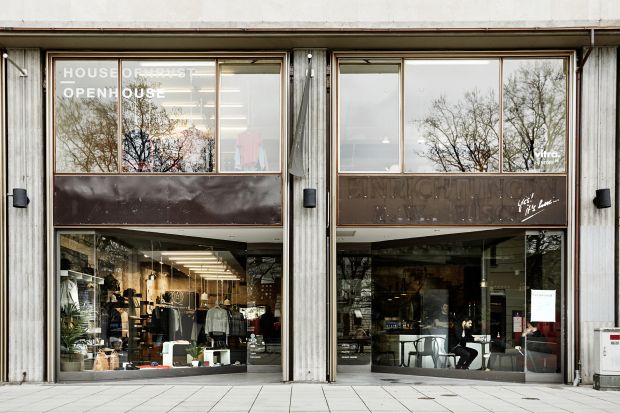 Photo: Julian Henzler
The Openhouse at Maximilianstraße 12
Please describe the concept of the Openhouse!
Openhouse is a temporarily concept store for mens- and womenswear as well as a café and event location, all under one roof. It is located in a two-storey raw building shell which combines rough architecture with carefully drafted interior design for a high-contrast, exciting atmosphere.

What’s the story of this unique location in the heart of Munich?
The building has formerly been home to a furniture store and in coming August or September, another furnishing house will move in once again and refurbish the location from scratch. So we are only renting the two floors temporary as interim tenants. 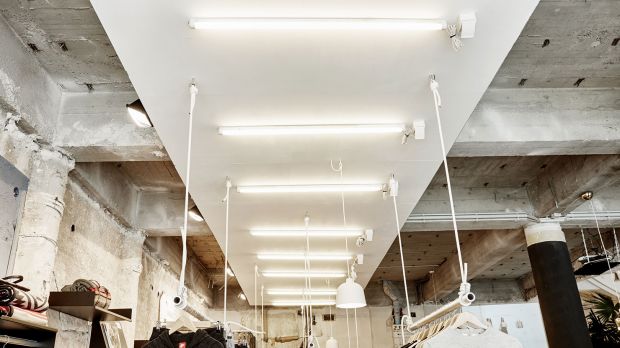 Photo: Julian Henzler
Interior by Vitra by StoreM, Vitsoe, Muuto and Project Carpet
Who is behind the project?
The idea for Openhouse was coined jointly by Houseofhrvst and the Lost Weekend Café. But from the beginning it was clear that other partners will have to be involved in this concept of an “open house”. With Vitra by StoreM, we found the ideal partner for the matching furnishings. Other than that, also various Houseofhrvst brands such as Our Legacy, Norse Projects, Vor and many others were instantly loving the idea and supported us with special deliveries very quickly.

How much time did it take you to bring the Openhouse to life?
From an administrative point of view (speaking of renting contracts, building permissions and such things) the whole thing was quite rocky until ca. two to three weeks before the opening – so in the beginning of April the actual rebuilding and official communication were realized by all involved parties at record speed. We finally celebrated our big opening on April 16. 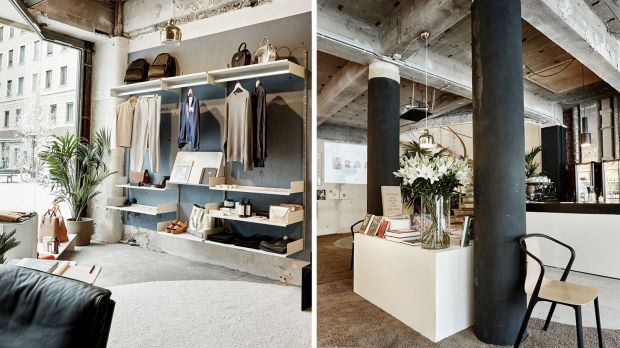 Photo: Julian Henzler
Our Legacy brand space
Which brands are available at Openhouse?
The Openhouse range on the ground floor is sort of a combination of the Hrvst (menswear) and Sprout (womenswear) stores’ assortments. There are selected brands such as Comme des Garçons Boy, Nike, Maison Kitsuné, Margaret Howell, Adidas or Lemaire which we will offer exclusively at Openhouse for the next months instead of selling them in the stores. Other brands such as Acne Studios, A.P.C., Dries van Noten or MM6 by Maison Margiela are still available in the two stores in Munich’s Zieblandstraße, but we wanted to use the large Openhouse sales space (ca. 300 sqm) also for additional product inspiration. This way, Soda Books, Vor (sneakers), Viu (glasses), Norse Projects and Our Legacy are presenting their assortments in little shop-in-shop corners. Their pieces plus exclusive product drops by Adidas or Converse will also give the Hrvst and Sprout customers reason enough to come take a look at the Openhouse during the next three months.
Apart from the fashion assortment, Openhouse displays furniture and lightings by Vitra by StoreM, Vitsoe, Muuto and Object Carpet - but these are not for sale. 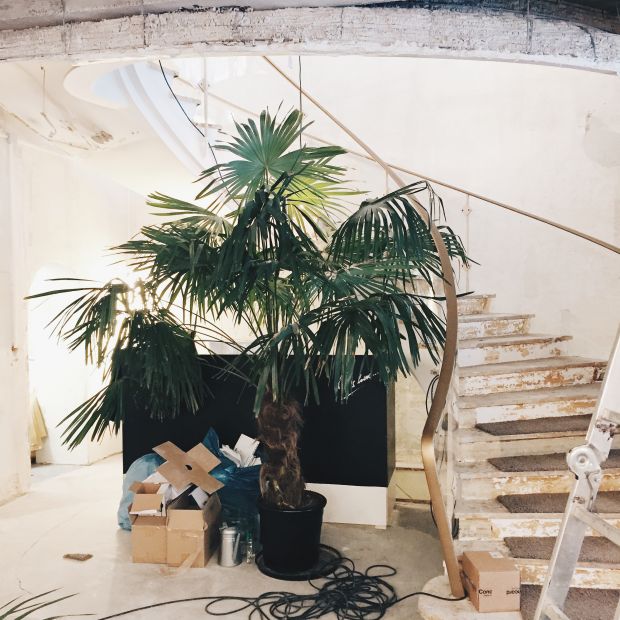