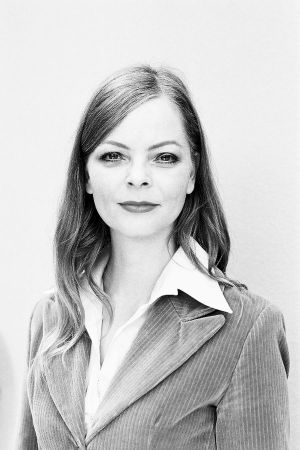 — February 18, 2015
Decorated in a strong 60s style vibe, Herman is the store for those looking for special products. Store owner Iris Kirchhoff is one of these polyvalent women who are an allrounder: copy editor, film historian, nurse and ballet dancer. After being in contact with the fashion and cinema scenes, she decided to open up Herman in April 2006. It sells contemporary menswear from brands like Sixpack France, Samsoe & Samsoe and denims of Mavi and Armedangels. Our favorite store detail: a Carrera racetrack where you can spend some quality time during your shopping break. Interview by Lorenzo Molina 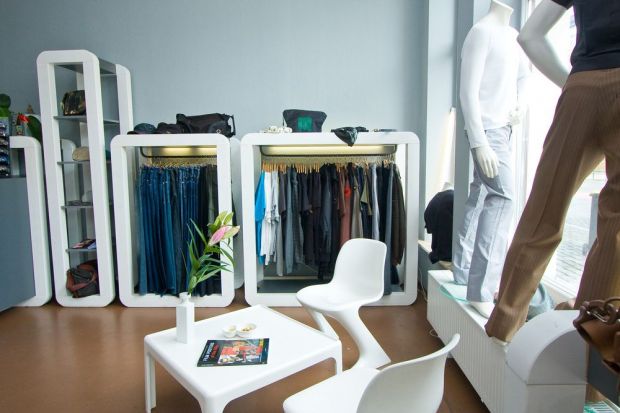 Clean and functional design dominates the interior of Herman


Tell us the story behind you and the store.
As a dancer I was fascinated by the costumes; which materials are suitable for dancing, how they are processed, how are dramatic effects achieved? Short trips to the catwalk allowed me to gain an insight into the "Fashion Circus", the imagination and the creative buzz fascinated me. Finally, as film historian, my focus was on movies’ dressing and here especially on the costumes; as press officer for 20th Century Fox, I accompanied a touring event for the film "Titanic", which presented among other outfits of the epoch. Here I found especially men's clothing thrilling and noted with regret that there were times when men had much greater commitment to their clothing than today. When I opened Herman in 2006 I had the goal to show men of today that there is more than functional clothing and the same old everyday clothes.

Do you see changes in men’s behavior towards fashion since opening the shop? Has their taste evolved somehow?
While I felt like a truffle pig looking for textile gems in Herman’s early days, I have noticed a lot of movement in menswear and that most diverse types can now find niche textiles complementing their styles. And above all, they can specifically search for them! In 2006 I usually gazed into lots of helpless faces, the fear of fashion mistakes seemed to be bigger. The anxious question "Do I look (e.g. shirt with broader neckline) too feminine?" I don’t hear it any more, fortunately! The men have become happy to try new things and have realized that they underline moods with their clothes, and sometimes can even generate them. 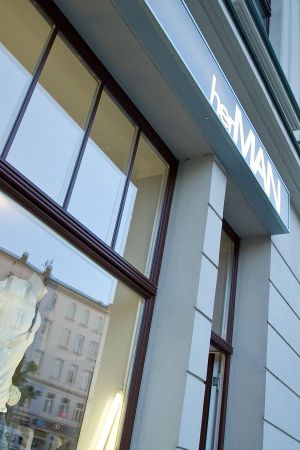 Herman's storefront
What have been the biggest challenges in running the store?
It's always a challenge to reach the pricing of online shops to arrive. In my opinion only consistently good advice helps here.

Your goods’ selection is pretty much focused on contemporary fashion. What are your current bestselling labels?
Since Ben Sherman completely restructured the collection about three years ago, fitting well into our product assortment, it has become my best selling label. In addition, Scandinavian labels Samsoe&Samsoe, Red Collar Project and Elvine held up very well. Armedangels works very well in the field of "better basics" due to its ecological fair-trade orientation at the Leipzig neighborhood.

Focusing on denims: which cuts/ shapes/ washings/ colors are the most popular at the moment?
I primarily sell very clean washes and straight cuts, no matter what trends are on the market. However, I’ve noticed in recent times that the brands’ offering is moving away from low rises.

What are in your opinion the budding trends for men in 2015?
Tailored fits together with strong structured fabrics. Natural materials without a rural look.

Where do you order your products? Do you visit any fashion trade shows?
Mostly in Berlin, I visit for instance Premium trade show during the Fashion Week.

What do you like about your location, Leipzig, and your customers?
Leipzig, despite the hype, continues to be a totally laid-back city. Live and let live. Newcomers, who move here from more exciting regions, relax in the shortest time possible and discover their calm companion – that the “Leipzig-effect”! 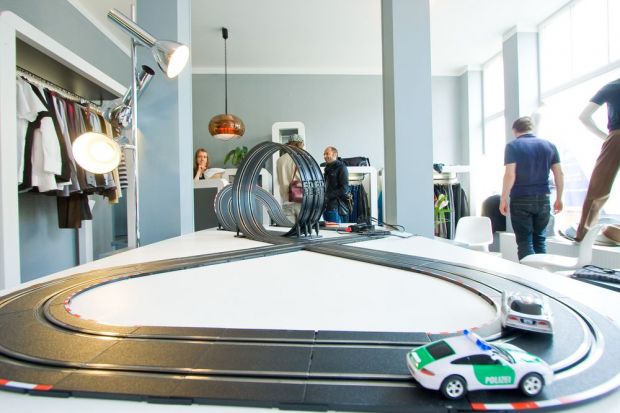 The best attraction during a shopping break: a Carrera racetrack


What role do social media platforms play for you?
In the context of events such as photography exhibitions, musical performances and readings, they play a greater role for promotion than actually in my core fashion business. My store is a place to touch, to spend time. You can’t do that on a screen.

What does your shop have that others don’t?
Me and my staff! Each in its own way a little crazy, but all adorable and in love with beautiful clothes. We don’t want to dress a person just to make him or her look trendy, but help to reveal previously unknown sides.