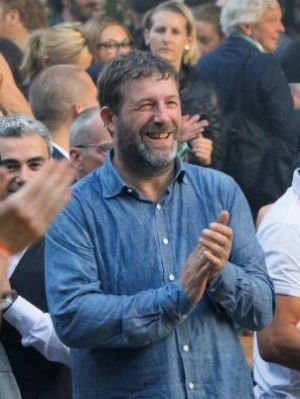 by Sabine Sommer (formerly Kühnl) — November 08, 2018
While the industry just got used to the idea of a new Berlin trade show event in January, things have changed rapidly: the L.O.C.K. trade show that Karl-Heinz Müller wanted to bring to life in Hangar 7 at Tempelhof Airport January 15-17 is canceled. That has just been announced by Müller in a detailed statement to the media.
As the former founder of Bread & Butter says the reason for this decision are “existing irritations and too many uncertainties related to the rental of Hangar 7. [...] For me as the organizer of a B2B trade show this means a lack for a long-term planning.”
In an interview with this publication published on Monday Müller did not mention this missing perspective, but only pointed out that the challenge would be to recruit the 120 to 130 exhibitors he would have needed to fill the space appropriately: “If in the end there will not be enough confirmations because brands are indecisive, I leave it or will run L.O.C.K. at a later point of time” is what he stated just a couple of days ago. Obviously, now a different obstacle has gotten in the way.
Nevertheless, in today's press statement Müller left room for organizing the very event in the future as he sees the need for something new to happen: "Our industry needs a new, big movement, a kind of union of all market players, that follow the same goals and intentions. [...] Our whole industry-from brands to retailers-got stuck in a dilemma, that we are all together responsible for, [...] we together have to face the challenge. [...] It needs a meeting point where like-minded people from the industry and retail business [...] want to and can get together.
And: it needs a good idea, how to involve the interested, well-informed consumer who is keen to consume. How, when and where this will happen, I cannot tell at this point. But I want to work on that in the future and invite all like-minded spirits to be a part and come up with ideas."