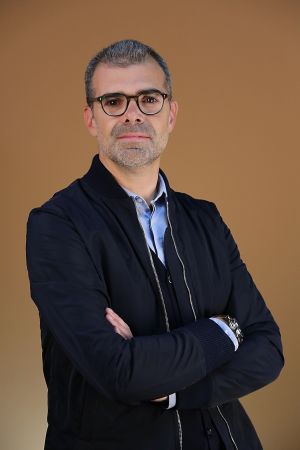 The forthcoming Première Vision Paris happening in Paris on September 15-17 will evolve significantly through a broader digitization of services and content. The show will give free access to visitors and easier registration conditions to exhibitors.
It will take place contemporarily in its physical usual way but in part also digitally as broadcasted via live webcam. Moreover, thanks to the show’s digital marketplace its exhibitors will be able to use new tools for interacting, showing collections and doing business with clients via its digital marketplace platform.

While Première Vision Paris has confirmed its September 2020 dates other PV shows are facing changes because of the pandemic. As previously announced, Denim Première Vision was expected to take place in Milan June 10-11 but has been postponed to September 15-17 during Première Vision in Paris. It will later return to Milan May 26-27, 2021 (also read here).

The 2020 edition of the Made in France Première Vision show has been postponed to September 1-2, 2020 at the Carreau du Temple in Paris. The American show, Première Vision New York, originally scheduled for July 21-22 at the Center 415, will now take place September 30 and October 1 instead.

Première Vision Sport, which was to be held on July 29-30, will present its high-performance material for apparel and active sportswear on August 19-20 at the Oregon Convention Center in Portland, alongside The Material Show, a US trade show for footwear for high-performance sport.

We talked to Gilles Lasbordes, general manager of Première Vision, to explain how the show organization is facing things at present–both internally and supporting its clients and insiders–and what changes are afoot.

How is your company facing the present COVID-19 lockdown?
Our organization is usually working for 45% from Lyon and for 55% from its Paris offices. Because of the epidemic both venues are closed and all of our employees are operating via smart work from their homes. We all meet and connect with each other via digital conferences like Zoom or Meet, as we already did in the past. This time, though, there is a difference as we are forced to meet like this only–both within our organization and with our clients.

In the country all other companies–apart from indispensable industries–are closed. We will gradually return to work in our offices in three weeks. We will follow up government indications in terms of hands-cleaning and taking care of our team, and similar aspects including avoiding to move by public transportation. But we are now preparing remotely the shows happening in September. For us it was necessary to adjust to the global context situation of the pandemic.

What does the show schedule look like now?
Made in France was our first show to be postponed from the end of March to early September. Then Milan’s Denim PV was moved to Paris. For this show the idea is to offer the denim community the possibility to hold the event inside Première Vision Paris along with the Blossom Première Vision within a totally new village.

Then we took care of the situation in New York, as the city is the center of the epidemic in The US. Our US team is also working from home and we have decided to change its agenda from July to September 30 and October 1, in order to be more coherent within the industry, hoping that the situation will be better there after some months. That show is quite local as 85% of the attending buyers are from New York so we are hoping will match an appropriate date.
Then PV Sport in Portland is a little bit different as it is based in Oregon, a state which was not hit so much by coronavirus so much but it’s not far from California and Washington state which are quite affected. So we have moved it from the end of July to the end of August but we will monitor the situation and if it is appropriate. In fact we are also talking with brands there. Like in New York the show in Portland can work locally. There are big sport brands in California and Canada but those areas are not as an important hub as in Portland. But we also have to make sure that buyers are allowed by companies to visit their suppliers. 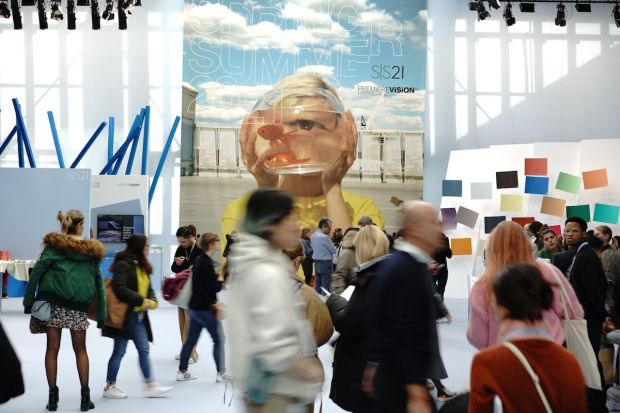 Photo: Première Vision
Première Vision Paris, February 2020
Can you speak about PV Paris? What novelties can we expect there?
We have started to prepare the show later than usual because we were waiting to have a clearer vision of how to prepare it. Meanwhile, we have given free-of-charge access to our visitors to use our digital marketplace tool to digitally meet their customers directly by uploading their entire collection and could start working on the fashion season. Normally we travel the world to meet with them and present our information meetings worldwide. For this edition we did presentations online and talked via digital media to prepare as much as possible and work as a network…

Could you eventually use your digital marketplace also for making PV Paris happen through it?
Our show in September will not be a normal show because of the situation. So we are working now to develop additional tools to bring services and content online for our community. We are lucky to have the marketplace that is a solid and efficient tool to showcase catalogs of products and give buyers the possibility to select and order samples and even make orders. In addition to this, we will bring in the process of preparing the September show’s additional digital content and tools for those who will not be able to attend the show or those who will use the show differently. For instance, they could spend one day at the show and one day being able to follow a trend seminar. We are organizing a system through which it will be possible to carry ahead a digital event in parallel to the physical event. It’s not finished and the strategy is not entirely defined but the digital dimension of the show in September will be much bigger than it is usually. We may have a seminar happening at the show that is given through a webcam at the same time as it happens during the show. For those who can attend they can be there physically and for those who cannot, they will be able to listen online live. This is just one example of things that could be done. 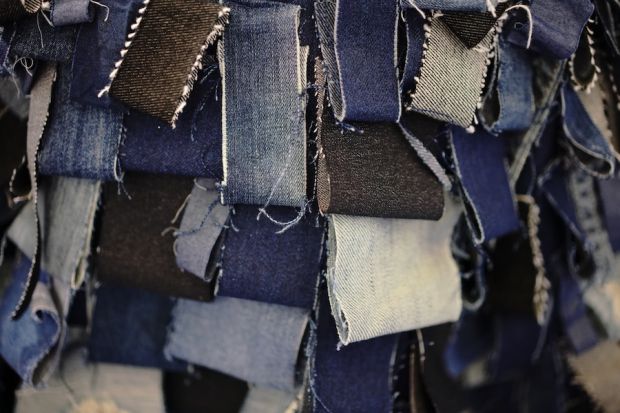 Photo: Première Vision
Fabrics at Première Vision's Upper Jeanswear area in Paris, February 2020 edition
What about Denim PV exhibitors? What was their reaction when you announced the change of location and dates?
They were very sorry as they need that show very much. We have been waiting for the decision of Milan’s authorities as we wanted to have new dates and a new agenda for 2021. As people of the denim community and from the business expected it they came to us and said: ‘We need the show to happen.’ And as many shows were canceled they also said: ‘We need to meet with our customers, and we want the show to happen.’ That is the reason why we have decided for the denim community to make something in Première Vision because Paris is international and it could be a good moment for meeting an international audience, too. That’s why we are moving forward this way. How many companies do you expect to move from Milan to Paris?
It’s too early as that decision has been made two weeks ago. It’s too early to give you an idea how many of them will be interested and what it will look like. 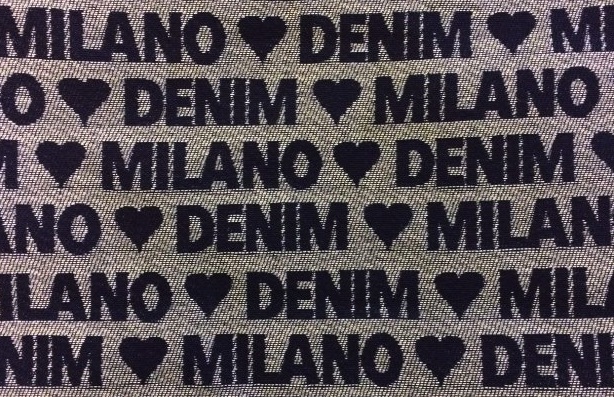 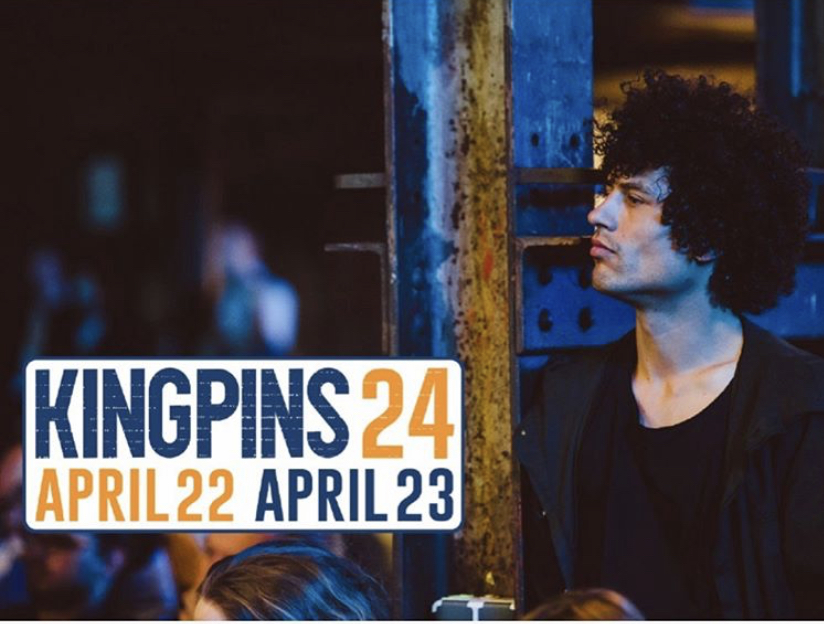