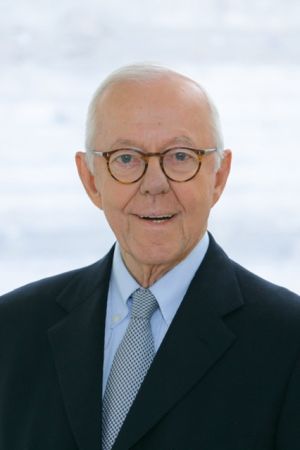 by The SPIN OFF Team — October 29, 2021
On Sunday, October 31, 2021, Peter Ruß, member of the Supervisory Board of the dfv Media Group, will celebrate his 80th birthday. In addition to the publishing sector, Ruß primarily oversees the fundamental financial and business management issues of dfv, forms the interface with the Lorch family of shareholders and is their first point of contact.

Peter Ruß is an experienced businessman, a proven financial expert and an accomplished publishing manager, and the successful development of the company is closely associated with his name: For more than five decades, he has been committed to the company and, with his financial policy and business management, has made a significant contribution to securing the company's foundation - the high quality and journalistic independence of all dfv media titles.

As one of the largest independent B2B media companies in Germany and Europe, dfv Media Group generated sales of a good 110 million euros in 2020. With an equity ratio of currently 47 percent, the company can invest in important future technologies such as artificial intelligence and solutions for data journalism, in in-house developments, but also in the media development of new business sectors, even in the Corona crisis.

Peter Ruß's extensive wealth of experience and his sense for the right time to set the course for the publishing house's further entrepreneurial success are of particular importance for dfv Media Group: Together with the shareholder family, he initiated the generational change in the management of the publishing house in 2020, which he has prudently accompanied ever since.

Ruß began his career with an apprenticeship in publishing. Later, he also completed a degree in business administration. In the summer of 1970, the business economist joined Deutscher Fachverlag GmbH (dfv Media Group) as head of auditing. In 1981, he was appointed to the management board, which he chaired in 2003. For more than 25 years, he led the Business Administration, Finance, Controlling, IT and Human Resources departments of the dfv Executive Board with extraordinary success. In 2007, he moved to the Supervisory Board. Other members of the dfv Supervisory Board are principal shareholder Andreas Lorch and Catrin Lorch as co-shareholder.