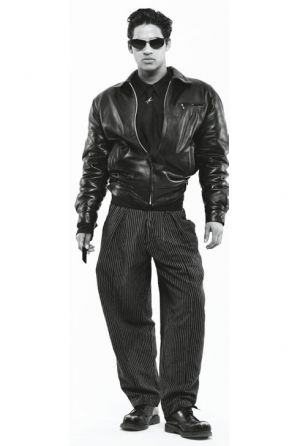 "It's provoking people to think beyond a fashion picture"

by Maria Hunstig — November 04, 2015
Clashing gender and race stereotypes, casting outsiders and kids from the streets as models, mixing high and low fashion, sports- and formalwear–sounds like the innovative new marketing formula for avant-garde fashion brands in 2015? Think again. Thirty years ago, the people behind the style movement that became known as Buffalo did just that.
In post-punk England of the Thatcher era, when individualism, selfexpression and rebellion were rather suppressed, a colorful collective of young individuals formed in London, held together by their figurehead, genius stylist Ray Petri (word has it that he was the first person to ever use that job title). The group consisted Petri’s model muse Barry Kamen, who sadly passed away in early October this year, Kamen’s brother Nick, photographers Jamie Morgan, Roger Charity and Marc Lebon, a young Naomi Campbell, stylist Mitzi Lorenz, singer and ’90s icon Neneh Cherry (who paid tribute to the movement with her anthem “Buffalo Stance” in 1989) and several like-minded creatives. With these people around and involved, Petri mixed influences from all sorts of cultures, creating looks and imagery that changed the rules of fashion portraiture forever.

Reviving "The Spirit of Buffalo", UK household name Dr. Martens has teamed up with Buffalo alumni Jamie Morgan and Barry Kamen to shoot and style the brand’s fall/winter ’15 collection in a photo series that is a contemporary interpretation of Buffalo style.
In this context, we got to speak to the two original Buffalo boys in London earlier this year. In one of the last interviews before his sudden death, Barry Kamen and fellow photographer Jamie Morgan discuss the relevance of Buffalo in fashion today and why “real people” have the better looks.

Which effects of the Buffalo movement do you think you can still see in fashion today?
Barry Kamen (BK): It’s so diffused into the way that people dress now. When it first began, we were working with mixed race boys as models -which nobody was doing then- and we kind of dressed them up in a mixture of sportswear and tailoring/designerwear. That was new and it was the first time the sports/street element was taken out of context and into the studio.  And from there you got various designers like Comme des Garçons who liked the idea so we used to work with them as well and they would put that on the catwalk and then gradually, that look would drip down to the street. Now it’s absolutely everywhere. Young black boys, mixed race boys, white boys, white girls - they are all mixing sportswear with tailoring and pairing an MA-1 jacket with a pair of Levi’s, a pair of Dr. Martens and Ray-Bans… it’s what we do now. Before Buffalo, people wore that as well, but it was what skinheads wore. We took it away from there and kind of put it into a more lifestyle environment. 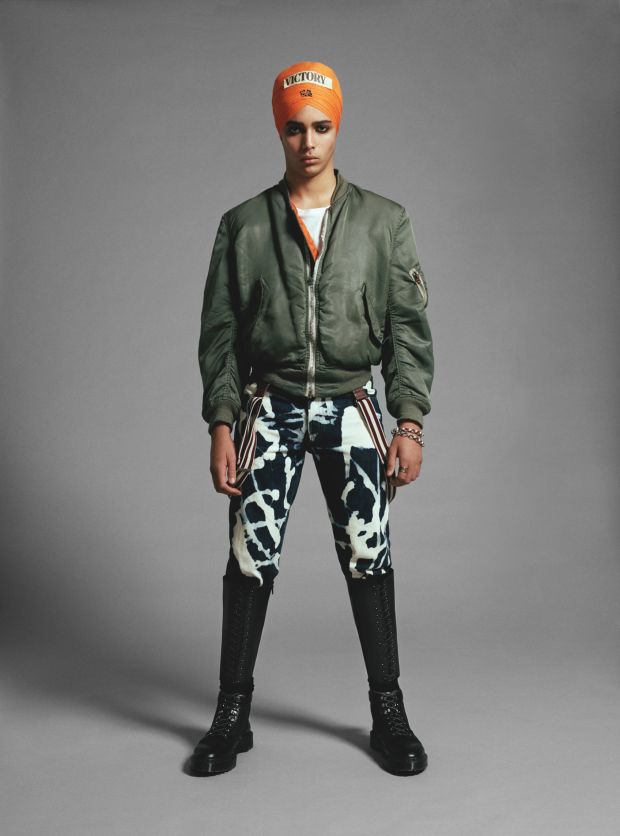 Is there any collective or creative group that is doing anything similar today, influence-wise?
Jamie Morgan (JM): I would say that the Hood By Air collective in New York is the closest that I’ve seen that actually has the same sense of diversity, collaboration, inclusiveness, crossing boundaries and breaking them down. And in America it’s even harder than it is here because it so segregated. The gays, the blacks…everyone is separated over there. These guys have a black designer, they have got rappers and musicians around them, they are part of the gay community and they mix it all up and the silhouettes are changing. The look is very influenced by Buffalo, in a fact that they are doing sports in a high fashion context, but they are very stylized, direct versions.

Do you think it’s still possible to really shock with imagery today?
BK: It’s really difficult because there are so many images. People see images all the time but they don’t really have time to contemplate an image. When the first Buffalo images came out, there was only one magazine in the world like that. So everyone of influence saw it. Whereas now, on that same desk 500 magazines land at the beginning of every month and somebody else is looking through them. So it’s hard to have that power today. I think there is a lot to say and there is a lot of tension going around on identity and nationality and religion these days. What we tried to do back then is break it down and use images from this culture mixed with that religion mixed with sports…and I think that it’s still very relevant. To shock there are obvious ways but maybe the way to do it is not to be offensive but start a communication between cultures and religions. It’s not that it couldn’t happen but it’s certainly a different arena now.

JM: It was never about shocking. I would say it’s the wrong word, I’d say it’s provocative. It’s always easy to be provocative. It’s provoking people to think beyond a fashion picture and see it as a picture with a cultural context. One of our images shows an Asian skinhead. Skinheads used to bash the Asians; they used to beat them up. And we have created an Asian skinhead with the word “Victory” on his head. You can either look at that as a fashion picture or you can look at it saying “oh, something is being said there”. So it’s always in the eye…unfortunately most people just look past it. You know, everyone is just lazy and spoon-fed stuff constantly. We are still pushing boundaries and breaking it up, but who sees it and who is open to it is not really our responsibility. Unless you want to change the world and that was never our intention. 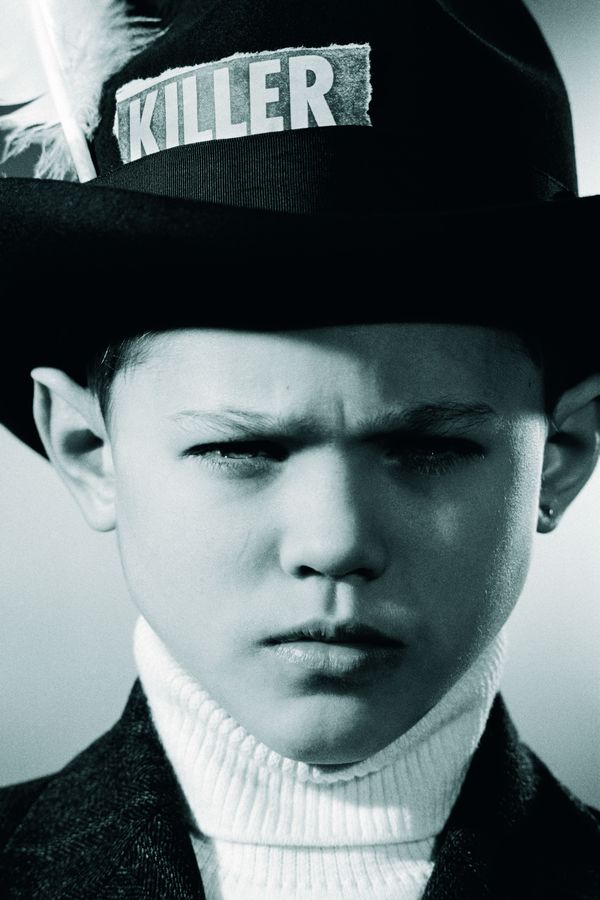 What do you think of modern-day streetstyle photography?
JM: Again it’s a lot easier because everyone can do it. When I was an assistant, being a photographer was like being a tradesman, it was a hard-knock school. I worked for some of the oldschool photographers and they were hard, man. You were like an apprentice: you had to learn how to process film and you cleaned the studio and you did everything and if you were five minutes late you got pretty damn shouted at. Now everyone can just take snaps. I wouldn’t necessarily say that I don’t like that, it gives you an ability to take a photograph very quickly and there’s a spontaneity in that which is great.

But what I think I can do photographically with the help of someone like Barry is to create that energy in a different way. These Buffalo images are stylized, they are taken in the studio, on a background, with a very fashion-photography, Vogue-quality lighting but they still have that essence of a street image. And that’s what we do different to the street style photographers, we don’t snap it, we create it, put a lot of time and thought in it, and pay a massive attention to detail. And at the same time hopefully in the end we’ll be left with a “street” image in the way that it’s authentic and cool and young. 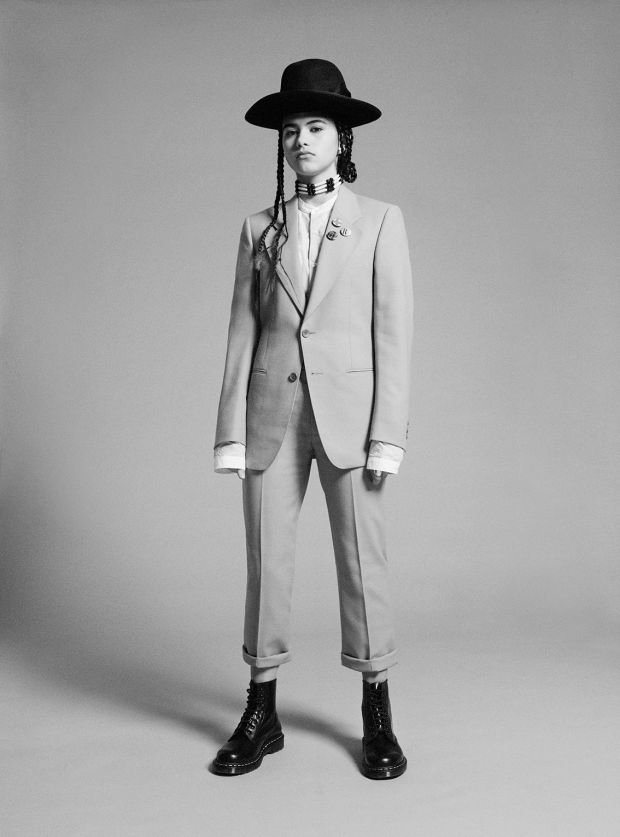 Where do you look for your models?
JM: It’s like strolling through piles of blunt emptiness to find a gem of a spirit left in the wasteland of human existence. It’s very rare that you can actually look through an agency to find someone who is a ‘real person’. You got to see 60-70 people to find 4 or 5. None of these here (points at the Buffalo images) are models or from an agency. If they are from an agency, generally they have been shot before…

At the moment we’re going younger because by the time that someone gets 20 they are already through the system. Whereas at 15 you haven’t really been pigeonholed so much. There is an innocence in that and at the same time there is a maturity because people mature earlier. Personally I like working with guys who have never been photographed before, because as soon as someone knows how to be photographed, they just work it and the game is over.

What’s London style for you today?
JM: Lots of guys with beards. Beardy-weirdys.
BK: No that’s over.
JM: God, I’m really behind it. You know when I’m walking around London the people who really turn my eye are the true people. Not people who scroll through magazines and work out a certain look. It’s generally ethnic people who have integrity to them. I just saw a black guy in his 60s/70s on the street who was wearing a killer suit, polished shoes, a hat that he has worn for 30 years…he’s got style. You know, not someone who bought it at Topshop or figured out that it’s cool. You either have it or you don’t. You can’t make it happen, you can’t buy it.
BK: That’s what I look for, I don’t look at what’s trendy, I have no interest in trends.
JM: Personally I am a bit of a nudist actually. Naked with a pair of Dr. Martens – wicked look. That’s how I walk around the house in front of my wife. It’s my version of high heels, true story!
Read more on Buffalo style and its relevance in today's fashion world from page 96 in our current UK Issue! 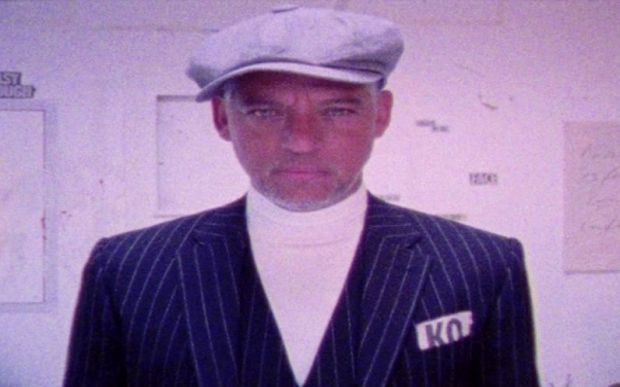 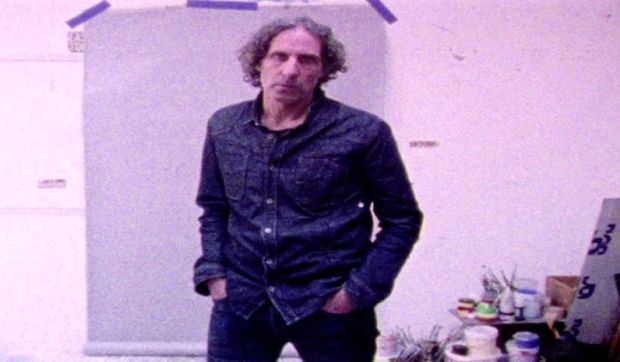