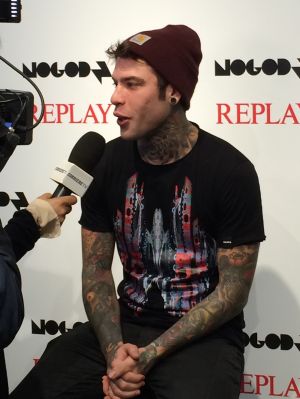 Replay has recently launched Nogodz by Replay, a capsule collection born from a collaboration with influential Italian rapper Fedez, already available in stores. SI has asked the artist about this project and about his attitude towards fashion.

Can you describe this project and how it was born?

We are launching today this capsule collection made up of four unisex t-shirts, carrying four different graphics. We developed them together with Andrea Rebuscini, graphic artist, longtime friend since we were kids. We reinterpreted some Native American motives according to colorful contemporary modern graphic design and new technologies [Editor’s note: among motives offered there are “Thunderbird” and “Kukulkan”, the feathered snake].

I am not a fashion expert and it is not my ambition to become one. I am simply a fan of street art and streetwear as I am a son of these times. For this I like to reproduce what I like. In the past me and Rebuscini already did a collaboration and created our own streetwear collection that was also worn by some international stars including Puff Daddy.

Nogodz is a brand I own. In 2015, Sisley produced it for me and had launched some t-shirts carrying graphics inspired by artist Ron English. After that I wanted to take a different direction with other iconography. I chose to work with Replay as I was looking for a more intimate conduction of this project and not a vast and complex organization. I wanted to make my brand grow much higher in terms of quality, care for product and materials, and this was the right choice. I was privileged I could choose with whom I could collaborate. Everything originates from a passion as it is when one starts making music... 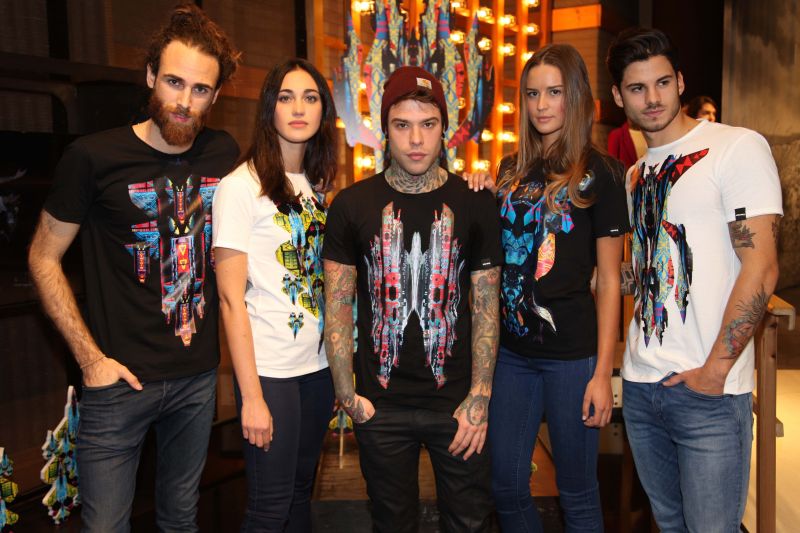 Photo: Replay
Fedez (center) surrounded by models wearing some of his graphic tees for Replay.

Is this collection going to be offered in limited edition only? And will it offer only t-shirts?

No, it won’t be a limited edition. I prefer more democratic projects. By end of December, we will also start offering some sweatshirts and a windbreaker, all unisex pieces. The collection will be sold through the Replay monobrand stores and ecommerce at €49 for t-shirts, €79 for sweatshirts and €89 the windbreaker. We had considered to also include jeans, but that required much time for treating and finishing them so we opted to focus on tops.

Are you also thinking – maybe in the future – to create a complete collection offering more products and merchandising out of it?

Yes, it could be a good idea.

Some say your fan base felt betrayed by your affair with her. Do you think so?

I don’t think they have felt betrayed. After all, me and Chiara have so much in common. We both came out of nothing earning a living by our own. I started from scratch in music and was not helped by anyone and she invented a job that didn’t exist before. And referring to my fans what counts is making good music. That’s the base for success. 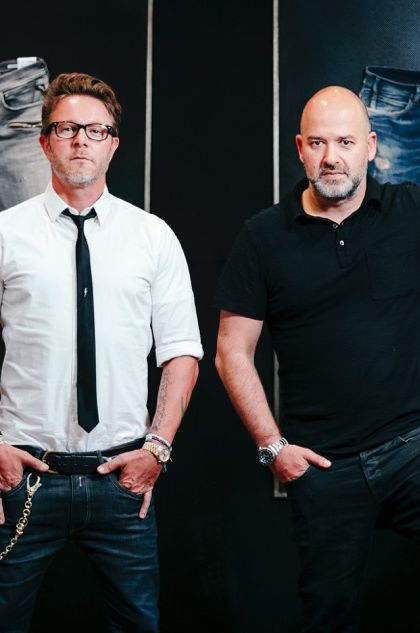 Replay's CEO: "It's a rebellious character that Replay preserves"