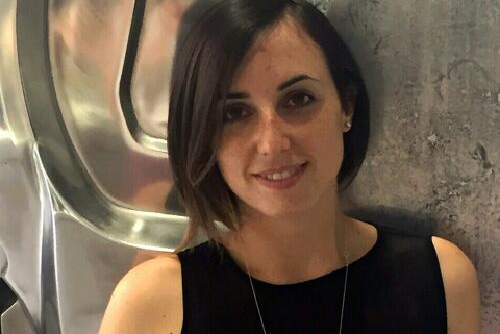 G-Shock has many plans for 2017 as it will celebrate its 35th anniversary and launch a new watch designed in collaboration with its Italian fans. The Japanese brand, part of Casio Group, will also start offering new models that are aimed at a higher-end and more mature clientele, as explained by Jessica Sisto, product manager watch division, Casio Italia. Part of the strategy was also the recent launch of Gulfmaster and Frogman, two highly shock-resistant watch models equipped with new technology and professional sensors, also aimed at scuba divers. Gulfmaster is completed by sensors that measure atmospheric pressure, water’s temperature, direction and depth. Frogman can also be used for difficult rescue operations as among its various functions it also incorporates a ISO 200mt certified depth measurer, and sensors for measuring water depth, temperature and a compass.

The launch of the Frogman and Gulfmaster models seems to mark a new step for the G-Shock brand. Will G-Shock offer increasingly more professional measuring instruments in the future?

Yes. This trend will continue and especially further involve the Frogman category. Since around 2013, we have developed some highly functional Master of G models related to complex activities carried ahead in the different elements such as air, water and earth. We will be developing always new Master of G models and they won’t be only related to diving activities. As technology is constantly evolving, we also want to reach new goals and offer new developments for the three families of our Master of G watches. 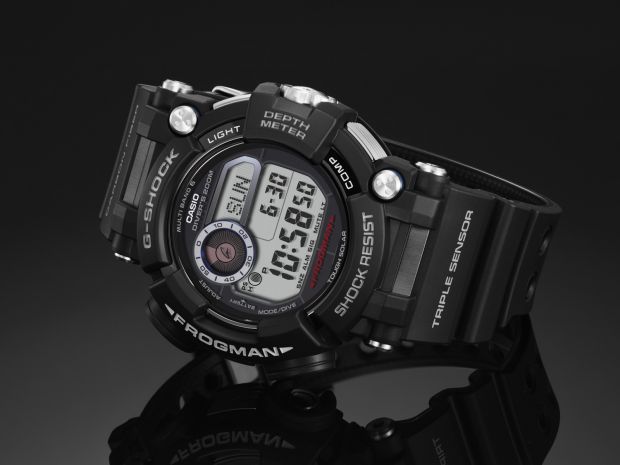 As the Gulfmaster model costs between €499 and €799, and the Frogman is sold at €999, is G-Shock willing to also step into a higher-end market and recall always more mature consumers?

Yes. Recalling more mature and higher-spending power customers are among our targets. The G-Shock brand has always been aimed at young people, but also at a more transversal clientele. This brand’s four founding values have always been art, sport, music and fashion. In last years, our offer has widened its target and collections in order to make the market better perceive the value of our products. In our Yamagata production factory we manufacture our most excellent watches including our haute-de-gamme models sold up to €2.600 at retail and the Master of G models sold to up €800 including our Gravitymaster. Though we also sell special models at €1,000.

Also the G-Shock brand has evolved. It was born in 1983 and mostly offering resin models devised to be sturdy and resistant as mostly worn by young guys when playing extreme and daring sports. Now those consumers have grown and may need some more sophisticated models, though their rough soul is still there. For this the same high functionality is still part of our watches, and part of the DNA of the brand.

Some top technology metal models are the Mister G (MRG) models. Mister Ibe, the engineer who founded the G-Shock brand, created this highly resistant special models Mister-G 20 years ago. In 2016, he created a special celebrative edition launching 300 exclusive numbered edition exemplars of the MRG watch sold at €6,200, all hand hammered by watch artisans from Kyoto – a true concentrate of top Japanese technology and top craftsmanship!

Of course we don’t want to compete with haute-de-gamme Swiss Brands, but we can be a good alternative.

G-Shock has always attracted attention for its chunky and thick aesthetics, but most recent models look even bigger. Will the brand offer more XXL models in the future?

A bold look is very iconic and distinguishes our watches. It is also true that in order to offer shock–resistant models technology has to be protected by a bigger case than regular watch models. Though we don’t want to look bulkier. And as technology is constantly getting more advanced, devices can also become smaller and thinner. Our newest models actually incorporate GPS antennas and solar panels that are becoming always smaller, though a watch frame as ours has to contain at least 20 elements one layered over the other. For this, we also care about design and bulkiness as a crucial aspect of our DNA. 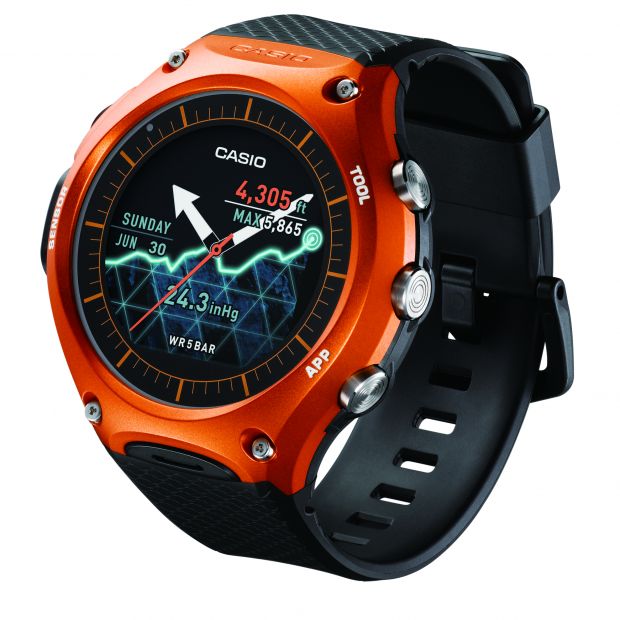 Are there any new niches or markets where G-Shock wants to enter and further expand in the future? Will you also sign new collaborations or special editions?

As the four founding values of the G-Shock brand are art, sport, music and fashion, collaborations are our daily bread and butter. Through them we have associated with different partners and have been attracting various collectors into buying our special edition models. Among our past collabs – either globally or locally – there were Burton, Maison Martin Margiela, Maharishi and various streetwear brands. Most recent was a collab with Marcelo Burlon in 2015 also continued in 2016. In 2017, we will celebrate the 35th anniversary of G-Shock. From the second part of the year, we will be launching many collabs until the first half of 2018.

G-Shock has many ways to communicate its DNA. We have our own foundation, but also a very lively community of collectors – about one community per country. We have a more than 4 million fan base worldwide. The Italian community, for instance, is one of the four most active ones worldwide, despite it was only founded in 2012.

What new initiatives you will launch?

By January 2017, we will announce the launch of the first watch created through social media. The initiative will be named “G-Shock Presents: the Social Project”. This watch will be designed thanks to G-Shock’s social media fans and Surfa & Exo, two spontaneous fans of G-Shock, but also twin brothers DJs, rappers and influencers. They have already met in our Milan flagship store and by interacting with some of our fans already developed ideas that will be poured into this special watch model that will be released and sold as a limited edition model by May 2017.

Can you mention any figures about G-Shock?

Since its birth, G-Shock has sold more than 80 million watches worldwide. Its main market is Japan, followed by the US. The brand is sold through about 2,000 stores in Italy only, mostly jewel and watch shops, even if some trend stores are also selling them. In Italy this alternative network is made up by 30 stores including Antonia in Milano, LuisaViaRoma in Florence and Excelsior in Rome. Other trend stores worldwide include Colette and Macy’s. Part of the brand’s distribution network are 12 G-Shock Flagship Stores worldwide; two in London, one in Paris, Milan, Moskow, Tokyo and New York, among others. 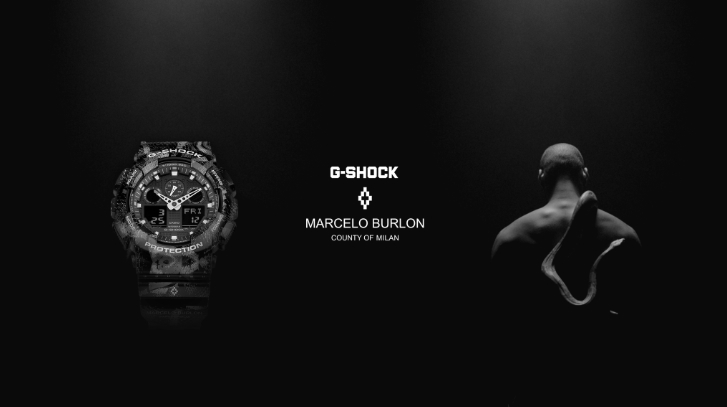 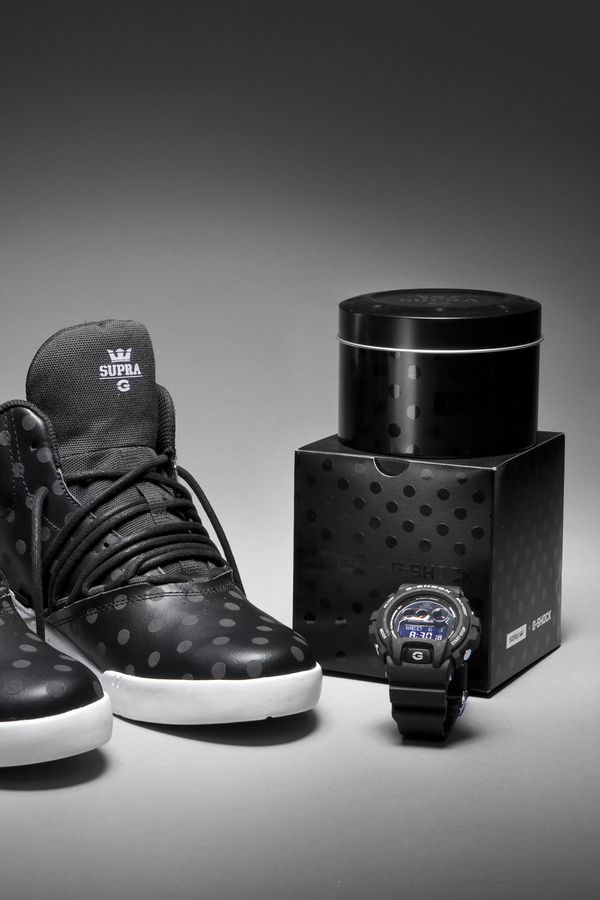 Supra and G-Shock to collaborate