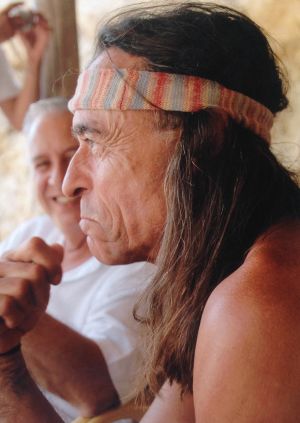 In context of preparing our brand new Beach Issue, we spoke to countless industry insiders and interesting personalities who are connected with beach culture. One of them is Manu Amoros, a globetrotter, fashion designer and a real hippie, who landed on Ibiza in 1969, when he, after years of travelling around the world, escaped from the Spanish mainland, on the run from Franco’s regime. Read our interview with Amoros, and get an idea what living and creating fashion was like on Ibiza in the ’60s. 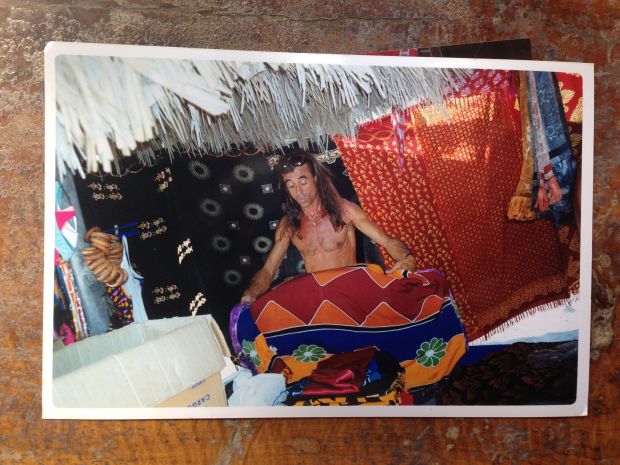 In the 60s you landed in Ibiza. At the time you were part of the Hippie movement. Please describe shortly how you experienced the island back then.

The island was a well-working community where different thinking people organized themselves. Basic requirements were fulfilled to live a free life. It was an incredible time. Life was easy, but full of experiences by the inhabitants of the island. The routes were long and one had to muddle through. As mentioned before, it was a jungle. No roads, no electricity, no water. But the people arranged themselves and focused on a spiritual way of life. This attitude was our daily life and it was wonderful. Over the years, more and more people wanted to be part of it. The change wasn’t always good for the island, but one can’t stop it anyway. 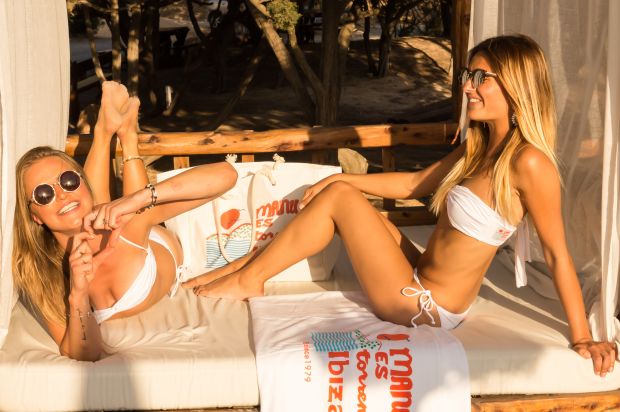 How did you get around fashion?

Everyone needed to earn the family’s living. I liked the craftsmanship and it was something I was best at – creating something by hand and being creative. I would say it was coincidence.

What was decisive for your commitment to fashion, the success or working creatively?

The creativity was in focus, but one needs to stay realistic. We all had to live from something. Surviving as a hippie was a constant fight anyways. The freedom of thinking has its price. One can’t see that too romantic. After all, it was also hard work. 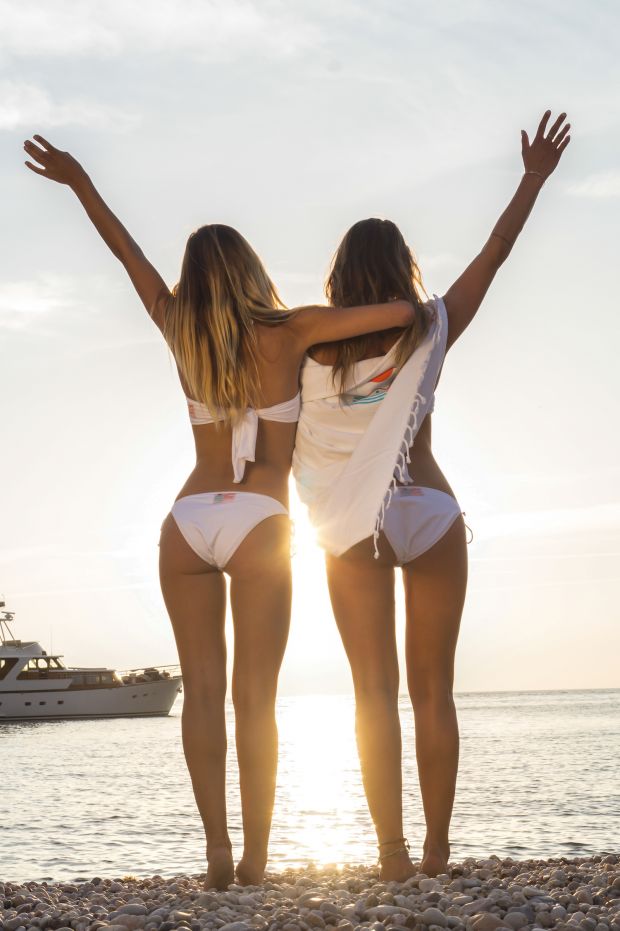 You founded your label Manu Es Torrent Ibiza eventually by the end of the 70s, 2015 there was a relaunch. What happened with the label in the meantime?

At some point, fashion became an industry. I wasn’t on tour as much anymore to buy material for good prices and the pressure of cheap discounters with bad quality rose. The increasing number of tourists were more interested in souvenirs than in real quality. My beach towels were hand printed and the clothing from Manu Es Torrent Ibiza made from 100% linen were way harder to sell. At that time I decided to build my finca and invite people there to spend their holidays differently than in the tourist strongholds. One could say the label was on hold at that time because of the increasingly rapid changes in the fashion world where the label didn’t have space anymore and I wasn’t willing to fight for it.

What did the first collections look like? What inspired you? Who bought and wore it? Where was it sold?

It was only a suit made from white linen. Linen as a fabric has very good isolating features. It was wearable in summer and winter on the island. It was the design which followed the function. It was only sold on the island at the Es Torrent beach in my beach shop. Guests who visited as well as like-minded people who found their new homes on the island bought it. Today one would probably say that the sales were very locally structured. 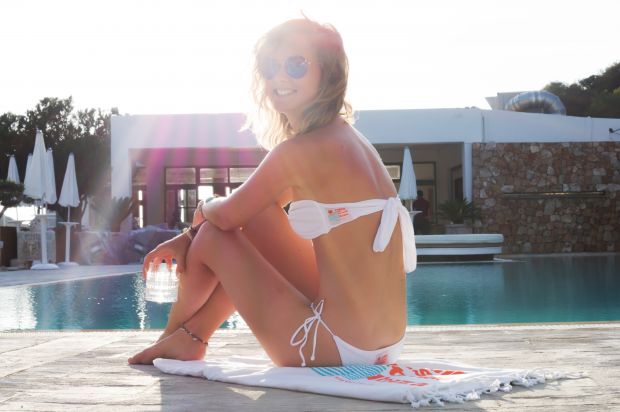 What was the cause for the relaunch?

In the past few years Ibiza developed a lot – not always for the good. I thought it was time to go back to the roots of the island with Manu Es Torrent Ibiza and to remind people of the initial zeitgeist. It is part of Ibiza’s past and I hope people who wear Manu feel reminded of that and that they adjust their lives a little according to the attitude we had back then.

What does the collection look like today? What are the key items? And what is the price range?

There is the original linen suit and some accessories that people who reside by the sea may need. Everything is kept in white – that’s the color of the island. The prices range from 95-140€. The collection is functional, just like the initial idea of Manu Es Torrent Ibiza. For example, the logo is unchanged. We don’t need to reinvent ourselves.

What does fashion mean to you nowadays?

I think it is far too overcharged. Constantly new designs and trends. One loses the feeling for values, because everything only applies to a certain amount of time. I have pieces in my – anyhow small – closet which are 30 years old now and they still look good. Because they are classics. That is how the collection is kept as well. I want people to enjoy the pieces for a long time and don’t want to give them the feeling of needing to replace it the next day. 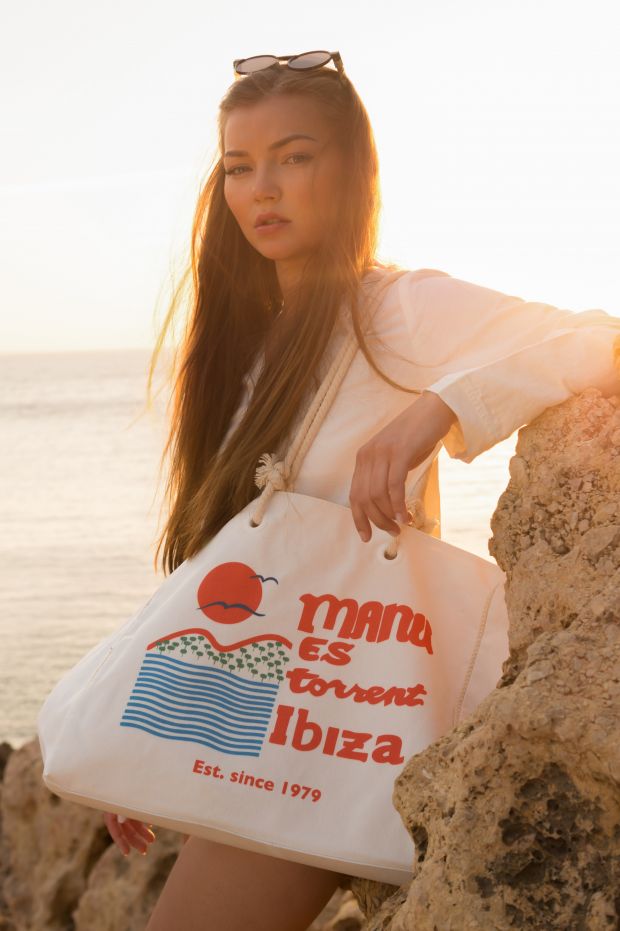 How and which clothes do you wear and buy?

At the moment, I can’t remember when I last bought something. I wear my own stuff which is partly more than 30 years old. But sometimes I also go to normal shops to get a shirt or pants.

Someone who sees me would probably say: This guy looks like an outdoorsman. I buy functional clothes. In the forest where I live, I don’t need to look especially chic for anyone. The Ibizan rabbit, my two dogs and the crickets don’t care about how I look…

You are described as a close-to-nature human who takes care of the environment and nature. How do you live this attitude nowadays?

I rarely eat meat, in exchange I eat a lot of vegetables and fish. I only eat when I at least have two hours of time for it. I only buy what I necessarily need for living and throw away as least as possible.

I don’t have air-conditioning and try to live by the seasons. But I drive by the car. Without it one could almost not survive here, where I live. I try to consider my environment whenever I can.