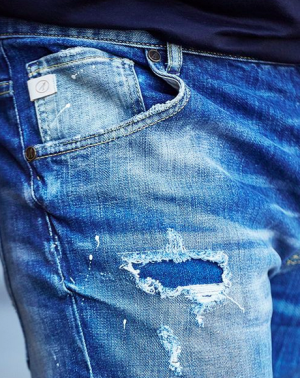 Mannheim might not be the first spot that comes to your mind when you think of denim cities. Still, for more than two years it is the hometown of German denim label Goldgarn (German for “golden yarn”).

The team behind it–which prefers to stay in the background–openly promotes its roots in the Palatinate region: for example the jeans pockets feature a print of the Mannheim “City of Squares” symbol. Furthermore the individual styles are named after Mannheim’s city districts such as Jungbusch, Neckarstadt West, Käfertal, Oststadt with each model having its own character. 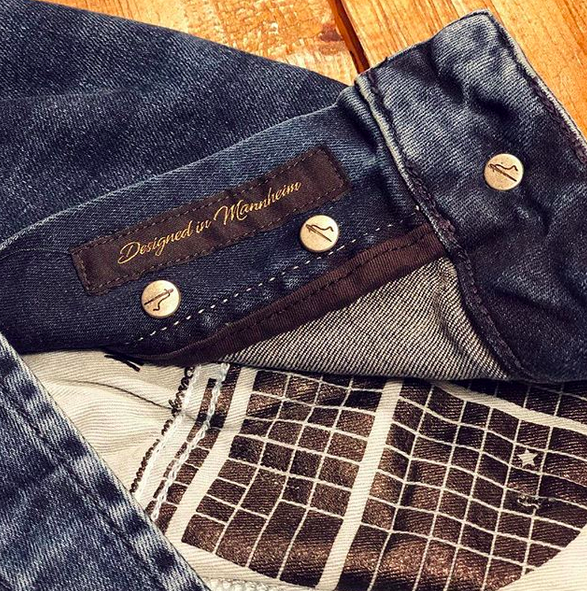 But Goldgarn now reaches for more than just local customers and instead spreads its wings all over Germany. The founders have been in the denim industry for several decades and have built up a network of distribution agencies to serve their 70+ German-based clients. This season Goldgarn will show at Premium trade show in Berlin to further reach out to new stores.

While the pants for men and women are designed in Mannheim, the main sourcing countries are Italy and Turkey; manufacturing happens in Turkey as well. One key aspect of the looks is the love for details. As Goldgarn states: “leather patches, contrast stitchings, branded buttons, embroideries, inside prints as well as extravagant hang tags and labels“ are meant to provide a very individual look for each style. 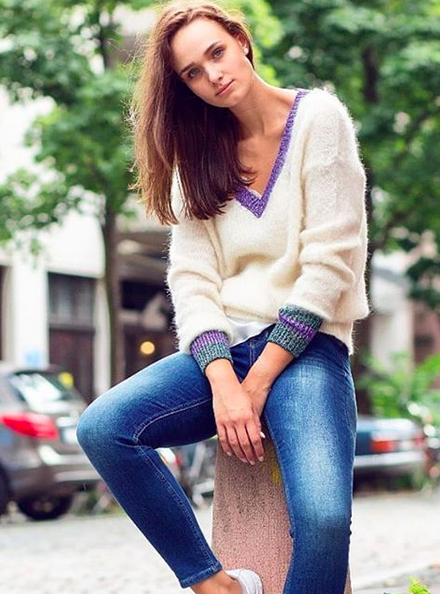 Goldgarn jeans retail from €99 to €159 and one Euro from every pair sold is donated to Aufwind, a project for socially disadvantaged children in Mannheim.