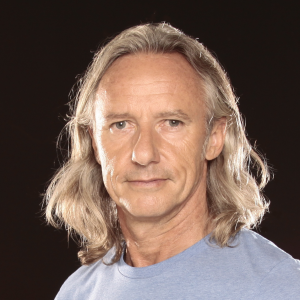 Jürgen Wolf: "We have to preach again."

For our German Issue we talked to several insiders and industry veterans for a statement on how they see the fashion industry today. One of them is Jürgen Wolf. In 1988 the action-sports enthusiast founded the Homeboy label, which was sold in 36 countries, achieved annual sales revenue of €35 million and then disappeared after the stock market crash of 2000. In 2016 the brand mounted a successful comeback. Wolf has a retailing background and has retained a discerning eye for what he feels is not going right in retail. “It's time to do some preaching again” is part of his message. Find out here what else the retail sector is missing according to Wolf.

“1978 was the year I began to work at a surf shop. I was 18 years old, skateboarding was emerging on the scene and windsurfing introduced something in our world we had never seen before. There were no half-pipes anywhere and so we rode our Gordon & Smith fiberflex boards down a former rubble heap in Frankfurt/Main. Crash helmets, pads? Not a chance! We never wore knee protectors or elbow pads.

In 1981, I started snowboarding: Burton Backhill, no edges, no binding inserts. No lifts to get you back up either.

At the end of the 1970s, the beginning of the 1980s, everything we did was new. That was good, but too few people knew about it. There was no Internet, no Facebook, no Instagram. So, what did we do? We preached. We ‘painted’ pictures of what we thought was great in the minds of potential customers. We ran a surf school to get people into the sport. We ‘attracted’ prospective customers to them with ‘taster’ courses.

In those days there was nothing bad about ‘salespeople.’ Today, things have changed. Now everybody wants to be a management consultant.

Why was the sales assistant job so exciting in those days? Perhaps because we lived in exciting times and had a lot to talk about. Word spread and more and more people came to us. One day I asked a customer if I could help him. His answer was: ‘No. Thank you. I just want to enjoy a little time off with you!’

That was IT! Recharging emotionally. Slipping into the supposedly ‘parallel world’ of our shop. We did precisely what people call ‘storytelling’ today. We don’t sell 20-kg polyethylene, a fiberglass mast and a polyester sail: we sell the dream that everybody wants to have.

This offers an opportunity that has to be seized upon.

Those who finally succeed in arousing emotions again, they will prevail. My son is studying psychology and economics. I think it's a cunning combination. You ought to understand the economy as well as you understand the customer you want to sell to. The next story lies just around the corner: STREETWEAR. More than just clothing! Big-time storytelling!

During the 2000s I had time to observe the market. The system suppliers had distributed their crippling poison and for a dozen years fashion was in the doldrums. In combination with the ‘stinginess is cool’ marketing, the retail trade was herded along until everybody was stuck in a corner. The result: everything was made the same.

Those who only read clearance item lists can't have a vision!

The textiles industry must follow society, not the other way around. But not in the way the sentence suggests the first time you read it.

We need to identify changes in the society very early and adapt to them. To tell the correct story, so that we can hear: ‘That’s true! That’s really cool! Count me in!’

To do this we have to be forward-looking. We have to preach again. Some people call that ‘selling.’

Those who only hope Rihanna will wear exactly the pullover the store buyers bought on Instagram would be better off gambling at a casino.

I don’t even want to think at all about what would happen if the sneakers boom came to an end.”