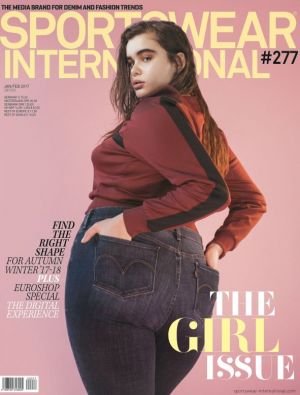 So we arrived in 2017 and the first thing we learned is that nothing has changed. At least when it comes to discrimination of female bodies and their reception in public.

All the talk about liberating women from that pressure to have a perfect (=skinny, firm) body is not more than superficial marketing blabla. 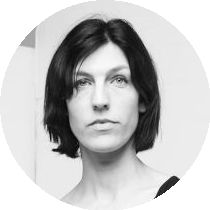 At least that's my conclusion after the reactions to our current issue: Never ever before has a cover of SPORTSWEAR INTERNATIONAL caused a bigger stir than the one for our so-called Girl Issue.

It features non-skinny top model Barbie Ferreira - a social media star, not only in the plus size community - to represent a trend that we see becoming bigger and bigger: the self confidence of showing off your body no matter what it looks like aka #nobodyshame.

While acknowledged celebs such as Lena Dunham, Amy Schumer or even sisters Kim and Khloé Kardashian (the latter being successful with her recently launched "all sizes" denim line Good American) play and promote their curves that are obviously beyond usual top model measurements and help to encourage women feel more comfortable with themselves, reality just bit us and made us realize that at least in the fashion community the image of a girl with a bigger butt and a belly is still a no-go: a trade show representative made us understand that they do not want the motive of "a big bootie" at their event, the management of an actress, being testimonial of a fashion brand, told us that it does not want its client to be shown in connection with a plus-size person - that's just some of the reactions.

Yes, beauty lies in the eye of the beholder, tastes are different, but to see what exaggerated negative reactions are provoked by showing a bigger body just the way it is and not make a plus-size look as a small-size, made especially the females in our team realize how disrespectful our business treats the non-conformists. How bigoted. How small-minded. ...and not really business-minded, given that the much bigger part of (female) consumers wears rather a size Large than an X-Small.

In a time where billion dollar companies such as technology big player Siemens have long said goodbye to chosing their elite staff by criteria such as skin color, gender and looks in general, it is pure anachronism the fashion industry is ruled by. This is not just sad in itself, it's simply acting carelessly.